The U.S. economy is recovering at a steady pace, with improvement in the housing sector, domestic manufacturing, energy production, and declining oil prices. This has had a positive impact on the transportation industry in the U.S. I have analyzed three companies from the industry that have benefited from the improvement in the economy. These companies are looking to gain market share by more efficient use of assets and technology and attaining more orders. Let’s find out what strategies the companies are using to book higher profits.

Trans-Mex, a wholly owned subsidiary of Swift Transportation Co (NYSE:SWFT), is the only transport company to offer border-crossing services in Mexico. It has its presence at every border crossing between the two countries. It accounted to 2% of 1,517,000 total border crossings in 2012, which the company expects to increase by the end of 2013. For this, Trans-Mex is planning to include 100-150 new trucks in its fleet of 664 trucks in 2013 to grow its market share. In line with the investment Swift is making, it expects a 10% growth in total revenue from the previous year to $3.7 billion in fiscal year 2013. 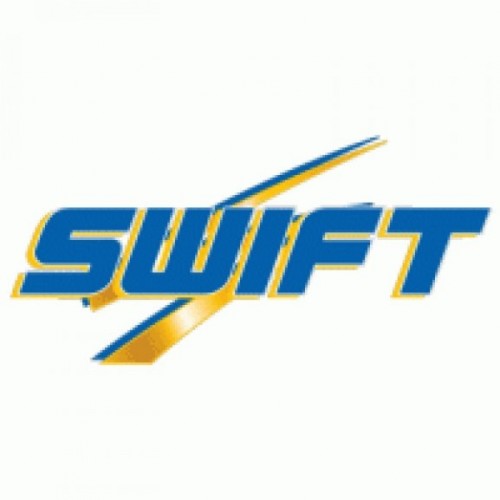 Moreover, Swift Transportation Co (NYSE:SWFT) is targeting revenue of $1 billion by 2017 from the ”intermodal” segment, which contributed $334 million to the total revenue of $3.4 billion in fiscal year of 2012. In order to achieve this target, the company plans to increase utilization of its fleet of 8,700 containers. For this, it is planning to reduce idle time for containers by using them twice in a month, instead of once. From this, it is expecting a 35% increase in 2013, on 145,144 intermodal loads reported in 2012. Furthermore, the company is looking forward to increasing its drayage operations, where goods are transported over a short distance, which is currently 60% of total intermodal operation.

Landstar System, Inc. (NASDAQ:LSTR)’s transportation segment is mainly driven by flatbed trailers, which contributed one-third of its total revenue of $2.7 billion for fiscal year 2012. Being the main revenue driver, flatbed trailers reported a $25 million loss in the first quarter of 2013 due to decrease in demand. The reason for the loss was the reduction in transportation of wind towers and completion of the wind-production tax credit in the U.S. Under the tax credit, wind power-producing companies were eligible for tax credits during the year 2012. But in January 2013, the federal government gave an unexpected extension on the wind production tax credit for a year, as it was included in the ”Fiscal Cliff” deal.

The extension will be applicable to all the companies starting their wind-tower construction in 2013, which will increase the demand for wind-tower transportation. This will create an opportunity for Landstar System, Inc. (NASDAQ:LSTR) to produce more revenue, as wind-tower transportation generates higher revenue than any other equipment being transported. The company expects a rise in revenue from the second quarter of 2013, which will help it to achieve its target of $3 billion in revenue for fiscal year of 2013.

Moreover, the revenue generated from business capacity owners, or BCOs — the operators who own the trucks — decreased by 7% quarter over quarter to $304 million in first quarter of 2013. The reason for the decline was due to a fall in the number of BCOs working for the company, which was 7,697 BCOs in the first quarter of 2013 and 7,865 BCOs in the fourth quarter of 2012. Landstar System, Inc. (NASDAQ:LSTR) reduced its BCO count by another 40 BCOs in the start of the second quarter of 2013. With the reduction in its BCO fleet, the company is planning to efficiently use its remaining BCOs through electronic on-board recorders, devices used to track the time a truck is driven. Currently, the devices are fixed in 1,800 trucks and are mandatory for the remaining BCOs. This will help the company to record the time a truck is idle, which can be used for additional loads.

The intermodal segment for J.B. Hunt Transport Services, Inc. (NASDAQ:JBHT) contributed $796 million, a 15% year-over-year rise, to the total revenue of $1.29 billion in the first quarter of 2013. The rise was based on an increase in the demand from the Eastern and Transcontinental networks, where the company is offering its services to ongoing rail terminals and new lane construction. The company is expecting the demand to grow further and is planning to add around 6,000 new containers in 2013 to meet the demand. Based on the new addition, JB Hunt is expecting a load growth of approximately 15% in fiscal year 2013, which will help it increase revenue, too. In addition, the company is looking forward to gaining a majority of market share by concentrating on small and medium businesses through the use of an advanced intermodal connection system. This system, which collects traffic information from the truck operators in order to avoid delays in deliveries, will help JB Hunt to manage its customers more efficiently.

Along with positive performance of the intermodal segment, the ”Dedicated Contract Service” segment contributed $279 million, a 9% year-over-year increase, to the total revenue of $1.29 billion in the first quarter of 2013. The increase was due to an additional 633 trucks, added to the segment to meet the customer demand. The company attained 800 truck multi-year contracts in the first quarter of 2013. Focusing on the opportunity, J.B. Hunt Transport Services, Inc. (NASDAQ:JBHT) will add around 350 trucks in the second and third quarters of 2013, spending a total amount of $2.5 million. The company is now expecting to attain a few more orders in the second half of 2013. With this, it is expecting a rise of 15% in this segment. 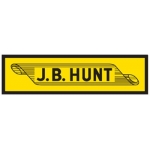