This series, brought to you by Yahoo! Finance, looks at which upgrades and downgrades make sense, and which ones investors should act on. Today, our headlines feature a pair of bankers — First Horizon National Corporation (NYSE:FHN) and SunTrust Banks, Inc. (NYSE:STI) that one analyst thinks you should buy, and also a telecom equipment maker that a second analyst thinks you should not buy. Let’s start with that one.

Alcatel-Lucent: Worth more than you think, but still not a buy
Shares of Franco-American tel-equip-maker Alcatel Lucent SA (ADR) (NYSE:ALU) are hopping this afternoon, up nearly 4% on news that: (1) the company has just completed testing of a potential 400 gigabyte-per-second fiber optic line in Canada for local operator SaskTel, and (2) it’s received a boost in price target of more than 44% from analysts at MKM Partners.

As for the price hike, despite raising its target, even MKM still doesn’t think you should actually buy Alcatel Lucent SA (ADR) (NYSE:ALU). This is more a case of an analyst acknowledging that Mr. Market has bid Alcatel Lucent SA (ADR) (NYSE:ALU)’s price up, forcing MKM to either maintain its $2.60 price target — and switch its recommendation to the logical: sell — or else stick to its advice on not buying the stock, and admit the price might rise a bit higher.

MKM chose Door No. 2 today, raising its price target to $3.75 per share, but maintaining a neutral rating on Alcatel.

If it were me, though, I’d have stuck to my guns. Burning cash, in debt to the tune of $1 billion more than cash on hand, unprofitable, and expected to still be losing money as far out as 2016 (aside from a brief period of profitability in 2015, for reasons unexplained), Alcatel stock still looks like a dog to me. The fact that the shares have nearly tripled over the past year just means it’s picked up some overoptimistic fleas for the ride.

Cloudy outlook for First Horizon
And speaking of optimists, this morning we saw analysts at Compass Point turn very sunny indeed on a couple of regional bankers. Let’s start with First Horizon National Corporation (NYSE:FHN), upgraded this morning to buy.

Compass Point notes that this Memphis-based banker has “dramatically underperformed peers over the past year,” a fact the analyst attributes to “heavy run-off of the company’s nonstrategic portfolio and legacy credit overhangs.” Compass thinks the company will come out of its troubles just fine, however, and that it deserves to be valued at something closer to 15 times fiscal 2014 earnings — which analysts estimate will be about $0.88 per share. Compass, therefore, posits a $13 share price for the stock. 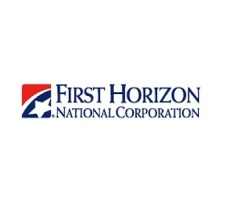