Personally, I am not a fan of debt. I like to invest in companies that have solid balance sheets with little or no debt, a strong cash position, and good current liquidity. That said, there is actually nothing wrong with a company using debt to improve shareholder returns, such as buybacks, takeovers and capital spending if the company controls its level of debt and more importantly, maintains its creditworthiness while ensuring interest costs stay low and controllable.

However, there are many companies that do not follow these simple rules, and as a result, the huge levels of debt and interest repayments put a strain on their cash flows, leading to further borrowing, and so, the downward spiral continues. Technically, these companies are called ‘zombies’, only just surviving and covering their interest costs, with no scope for growth or shareholder returns. 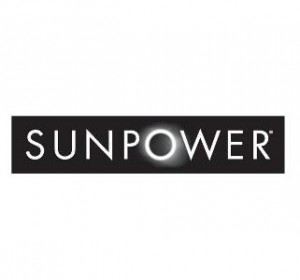 These are three companies that exhibit such weak balance sheets and strangled cash flows where prospective investors should be careful before committing their cash.

Figures in millions of $US

Since the beginning of 2011, SunPower Corporation (NASDAQ:SPWR)’s interest costs have risen 53%. The company paid $84 million in interest during 2012, which is only covered three times by the company’s tiny gross profit margin. However, SunPower Corporation (NASDAQ:SPWR)’s operating expenses are so huge that the company is currently losing $403 million a year.

SunPower Corporation (NASDAQ:SPWR)’s rising interest costs have been fueled by a constant stream of debt and cash funded acquisitions, which have so far failed to make a return for the company.

Furthermore, as the company’s debt interest is growing at a CAGR of 24%, it is going to become more difficult for the company to turn a profit — a company to stay away from for now.

Scorpio Tankers Inc. (NYSE:STNG) is suffering the same fate as the rest of the shipping industry. Falling revenue, rising costs, and overcapacity have driven down the company’s profit margin into the red. Meanwhile, Scorpio Tankers Inc. (NYSE:STNG)’s debt-fueled expansion has come back to haunt it, as while revenue has risen rapidly, its profits have all but disappeared.