We’re officially halfway through 2013, and today we’re using that milestone as an excuse to check in on the top-performing midstream stocks. The industry itself is on fire, so it’s no surprise that our top performers today are crushing the market.

Top 10
The S&P is returning nearly 13% year to date, but even our 10th best midstream stock is returning more than double that: 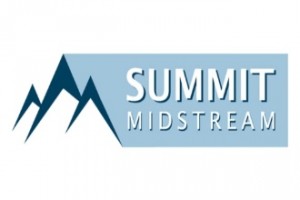 At the top of the heap we’ve got Summit Midstream Partners LP (NYSE:SMLP). It only went public in the fourth quarter of 2012, but it has squeezed multiple years worth of growth into that short span. Overall, things are progressing nicely for Summit Midstream Partners LP (NYSE:SMLP). It announced in June that it would purchase natural gas gathering systems in the booming Bakken and Marcellus shale plays for a combined $460 million. It also bumped up its earnings range forecast by $25 million.

Now let’s take a look at what is driving growth at the rest of the companies on the list.

Outsized gains
The simple explanation for the outstanding performance of this sector is that oil and gas production is soaring higher than it has in over two decades. Much of that growth is coming from America’s shale plays, like the Bakken, Marcellus, and Eagle Ford, and the list reflects that.

For example, the only place EQT Midstream has assets happens to be the Appalachian Basin, home of the Marcellus Shale. Tesoro Logisitics has the obvious petroleum products pipelines to transport refined materials for parent company Tesoro, but it also has a crude oil gathering system in the Bakken Shale that is the sole supply source for Tesoro’s refinery there. Western Gas Partners has a similar relationship with Anadarko Petroleum, recently joining up with Enterprise Products Partners to process natural gas liquids for Anadarko at the Mont Belvieu hub. As production grows in these hot plays, the midstream companies with infrastructure in the region have benefited enormously.

On top of that, many oil producers and consumers are flat-out dependent on these companies to build the infrastructure that connects supply with demand in key markets. For example, Buckeye Partners, L.P. (NYSE:BPL) delivers jet fuel to three airports serving New York City. Spectra Energy Partners owns half of the largest natural gas pipeline serving Florida, the country’s second-largest market for natural gas generated electricity.

As energy transportation has expanded to include an emphasis on rail and marine transport, these companies have responded. Martin Midstream signed two big deals to expand its marine fleet earlier this year. Meanwhile, Genesis Energy has announced a new rail terminal project in the up and coming Niobrara Shale play, as well as the expansion of an existing rail facility on the Gulf Coast.

Obviously, successful projects in a strong industry will generate increased revenue and enable these companies to reward shareholders. SemGroup plans to increase its dividend by 10% this year. It is not alone in its quest to drive up payouts, which is a big reason investors are drawn to this space.