James E. Flynn of Deerfield Management, recently disclosed a stake of 1.27 million shares in Steadymed Ltd (NASDAQ:STDY). Of this stake, 737,555 shares were purchased at $8.5 per share through Deerfield’s affiliated funds, namely Deerfield Private Design Fund III, L.P and Deerfield Special Situations Fund, L.P., while 530,178 shares represented the conversion of  68,410 of Series E Preferred Stock for a 7.75-for-1 stock split. The latter represents the stake that Deerfield held in the company, through the same affiliated entities, before the company went public. 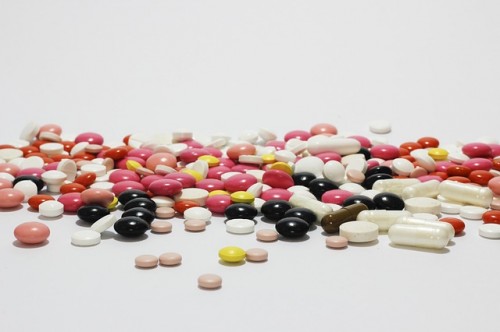 Steadymed Ltd (NASDAQ:STDY) held its IPO earlier this month and the stock has climbed by 6.45% since March 20, when it started trading. Entities associated with Deerfield Management held a 6.7% stake in the company before its initial public offering. Brian Stark of Stark Investments held 328,235 shares through various affiliates. The stake constituted 30.9% of the total shares before the offering. Steadymed Ltd (NASDAQ:STDY) is a specialty pharmaceutical company that develops drug products for the orphan and some other specialty markets. It currently is developing its lead candidate, Trevyent, which is a drug for the treatment of pulmonary arterial hypertension. The company’s IPO involved the sale of 4.70 million shares at $8.50 per unit.

Flynn founded healthcare-focused Deerfield Management in 1994 with $17 million that has swelled to more than $5 billion today. As of the end of 2014, the market value of the fund’s equity portfolio stood at $2.78 billion. Healthcare constituted 91% of the holdings. Moreover, a total of 27 new positions were initiated during the fourth quarter, the most notable of which were in Achillion Pharmaceuticals, Inc. (NASDAQ:ACHN), Nevro Corp (NYSE:NVRO) and Juno Therapeutics Inc (NASDAQ:JUNO). Moreover, Deerfield is focused on funding R&D, managing hostile takeovers, helping the transition to a commercial enterprise, and offering financial advisory services.

Tracking the stocks in which Mr. Flynn invests is important not just because of his large expertise in the healthcare sector, but also because of his focus on many small-cap stocks. These companies do not receive as much attention as the most popular companies among hedge funds, which are mainly represented by large- and mega-cap companies. We realized that being under researched and affected by price inefficiencies owing to low trading volumes, small caps could make ideal investment candidates. Through our research, we have formulated a portfolio strategy based on 15 most popular small cap picks of hedge funds. Back tests ranging from 1991 to 2012 revealed that this strategy outperformed the market by nearly a percentage point per month, while the most popular large cap picks of hedge funds underperformed the market by 7 basis points per month during the same period. In forward tests since August 2012 through March 2015 our small cap strategy beat the market by a hefty 79.4 percentage points (read the details here). Hence a retail investor needs to isolate himself from the herd and take advantage of the prevalent statistical arbitrage opportunities in the market by concentrating on small-caps.

Moving on to Flynn’s top new stock pick, Nevro Corp (NYSE:NVRO), which constitutes 1.45% of the fund’s portfolio value as 1.05 million shares valued at $40.49 million were acquired during the fourth quarter. The developer of neuromodulation platform to alleviate chronic back pain among patients held its IPO in November last year and the stock has surged by 93.17% since then. Although the company’s net loss per share of $0.59 during the fourth quarter missed estimates by $0.05, revenues of $9.71 came in $1.25 million higher than expected. Among over 700 hedge funds that we track, Jeremy Green’s Redmile Group was another of Nevro Corp (NYSE:NVRO)’s stockholder with 234,300 shares valued at $9.06 million at the end of 2014.

Deerfield Management initiated a stake in Achillion Pharmaceuticals, Inc. (NASDAQ:ACHN) with 2.92 million shares valued at $35.77 million during the fourth quarter. The small-cap hepatitis C focused clinical stage biotech company might still not have any marketed products, and the competition from behemoth competitors in the field such as Johnson & Johnson (NYSE:JNJ) might look stiff, but this hasn’t stopped the stock from soaring by about 195.86% over the last 52 weeks. ACH-3102 is Achillion Pharmaceuticals, Inc. (NASDAQ:ACHN)’s nearest drug to commercialization and it showed promising results in mid-stage trials when it was combined with Gilead’s Sovaldi and cured 100% patients in an eight and six-week treatment cycles. Peter Kolchinksky’s RA Capital Management held the largest stake among hedge funds during the fourth quarter with 6.7 million shares valued at $82.08 million.

Flynn also acquired some 358,100 shares of Juno Therapeutics Inc (NASDAQ:JUNO) valued at $18.7 million during the fourth quarter. The $4.84 billion company held its IPO in late December and is up by nearly 52.66% since then. The company is addressing cancer treatment in a new way, by altering the body’s immune system (specifically T-cells) so that it can easily find and destroy cancer cells. Its most promising drug, JCAR015 for treatment of leukemia had been earlier reported to have caused a remission in 89% of the 27 patients with relapsed leukemia. Juno Therapeutics Inc (NASDAQ:JUNO) is launching a mid stage study for JCAR015. Anders Hove and Bong Koh’s VHCP Management held 1.8 million shares valued at $74.33 million towards the end of 2014.

Should You Be Concerned About Billionaire Leon Cooperman’s Top Holdings...