Starbucks Corporation (SBUX) CEO Howard Schultz: Here’s What the Future Looks Like in the Age of E-commerce

The future has little place for brick and mortar stores in the age of e-commerce, believes Starbucks Corporation (NASDAQ:SBUX) CEO Howard Schultz, as he said during an interview during the DealBook Conference in New York yesterday.

During the interview, Schultz explained that we are currently in the early stages of a new age in commerce, one where online shopping is keeping people away from shopping centers. Giving Wal-Mart Stores, Inc. (NYSE:WMT) as an example of a huge brick and mortar chain which plans to start investing more in e-commerce than in physical stores, the Starbucks’ CEO stated that this is a trend that is only going to continue over the next few years. 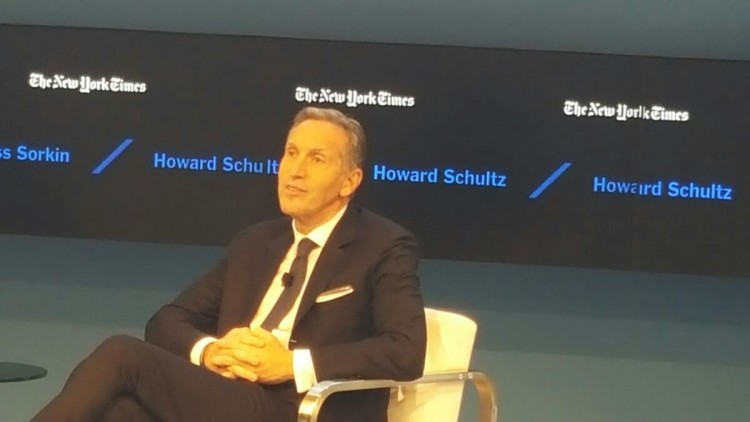 “This phenomenon did not begin with ecommerce, but as a result to it we’re seeing there aren’t enough people, physically shopping in malls and in the streets of America to support brick and mortar stores. So many such stores are going to go away,” Schultz predicted.

In this scenario, Starbucks Corporation (NASDAQ:SBUX) is in a unique position. With about 2,000 stores opening each year across the world, 500 in China alone, things don’t seem to be slowing down for the coffee chain. In fact, Schultz believes they’re only going to continue as such, although there will be some changes in the way things operate.

Schultz is of the opinion that nowadays and from here on out, people are still going to look for places that give them the opportunity to be around other people, safe places that not only provide them with a service or a type of product, but also with a joyful experience. “I think that as a merchant and a retailer our responsibility is not to intercept traffic, but to create a destination,” Schultz said, explaining in part the reasons why the company experiments with playing DJ to unknown artists in its coffee shops, in addition to other ventures.

While the change is taking place slowly, Schultz believes that in the next 5 or 10 years the entire landscape will change and the “footprint of existing retail” will be completely different.

As the world keeps changing, there are multiple things that are going to change in the next few years aside from a spike in e-commerce sales and a drop in brick and mortar locations. The Starbucks app, for instance, makes it easier for people to order their coffee, to gather rewards and even to pay for their order. Given how many stores Starbucks has and how many people it employs, there are those who are worried that an increase in the presence of technology will end up in cutting out jobs. Chances are, however, that it won’t affect Starbucks too much.

“The equity in Starbuck’s is based on the experience of interacting with our people,” Schultz said. “There will be a significant level of investment and transformation regarding our mobile ecosystem in Starbucks, but that won’t affect the amount of jobs we employ. Hopefully, that will continue to increase,” he added.

Another issue that Schultz discussed during the interview was activism, making a reference to the J C Penney Company Inc (NYSE:JCP) case from a few years ago. The Starbucks CEO believes that there are cases, such as with JC Penney, when such actions shouldn’t have taken place, but there are also situations where this type of action is more than welcome, because not all companies do the right thing.

“What is the catalyst for activism? What was the catalyst for unions? The catalyst is that there are bad actors, but not all companies are evil and not all managing teams are bad. And so, when a company is doing the right thing and taking the long view and doing everything it can to secure success for their employees, to take care of the shareholders, there should be no room for the kind of activism we’ve seen over the years. Which in many cases, more often than not, when you really do the math, and the dust settles, it’s about financial engineering that could destroy the company,” Schultz said.

He mentioned Bill Ackman and the things he tried to do with J C Penney Company Inc (NYSE:JCP) back in 2013, mentioning that he’s quite familiar with the situation thanks to his friendship with Mike Goldman, the company’s former CEO. “If you look at what happened to JC Penney, that is a scorched earth resolve that took the jobs and the livelihoods of tens of thousands of people. For what?”

Schultz believes, however, that such activism is required in certain situations, because there are some companies that have their own interests and self-preservation in mind, rather than the interests of their shareholders or employees.