Stanley Black & Decker, Inc. (NYSE:SWK), a manufacturer of industrial tools, household hardware and engineered-security solutions across the globe, recently reported its second-quarter earnings. The results provided many reasons to cheer. It beat estimates on revenue and also met the expectation on earnings per share. Let’s take a look at what was behind its performance in the recently reported quarter and how it could perform in the future.

A bird’s eye view of the entire operating results reveal that growth in volumes and acquisitions contributed 6% and 7% to performance gains, respectively; these two together facilitated in offsetting a 1% loss due to unfavorable pricing. Gross margins, however were down 100 basis points to 35.4%, primarily due to higher cost of sales. The earnings out-performance can be attributed to a very healthy performance in the company’s three segments. Let’s take a look at the performance of these groups.

The construction and do-it-yourself (CDIY) segment’s revenue grew 8.6% to $1.4 billion, and profit moved up 5% to $219 million as compared to the year-ago quarter. CDIY’s share in revenue was 50.4% in the second quarter. The security segment, which accounted for 21.3% of revenue, witnessed year-over-year growth of 1.6%. The industrial segment was the pick of the lot in terms of revenue growth, and increased 28.1% to $812.8 million.

The company’s future looks bright. It has completed the acquisition of GQ, the number-three power-tools company, and this will provide the additional leverage for expanding its base in Asia and emerging markets as far as mid-price-point markets are concerned.

Stanley Black & Decker, Inc. (NYSE:SWK) hopes to build further on the momentum in emerging markets, where it performed well in the quarter with Russia up 31%; China, 24%; South East Asia, 13%; Middle East, Africa 15%; Latin America up 15%. As a result, the future is looking really good, and the company estimates that these initiatives alone will contribute 2% to annual growth in the current fiscal year.

Stanley Black & Decker, Inc. (NYSE:SWK) is aiming for 4% to 6% organic growth annually and is projecting a three year period for this.  It appears that the company is already on the right course. In a nutshell, the company is aiming for growth on an ongoing basis irrespective of the economic environment and remains agile enough to attempt that going forward.

Next year’s average estimate for revenue is $11.0 billion, and the average EPS estimate for the next year is $5.44. So, the future of the company looks quite encouraging.

Competition in any sector is always good for the end user, and Stanley Black & Decker, Inc. (NYSE:SWK), like any other company, is not devoid of its share of competitors. The two that it has to keep a watch on are Kennametal Inc. (NYSE:KMT) and Snap-on Incorporated (NYSE:SNA).

Kennametal Inc. (NYSE:KMT) is a supplier of  high-speed metal cutting tools, tooling systems, wear-resistant parts, and cemented tungsten carbides, to name a few products. For the June quarter, revenue and EPS were in line with expectations and estimates.

It is, however, currently facing a tough environment and had acquired Stellite last year to strengthen its footprint in energy and power generation. It also acquired Emura recently, and this should again make Kennametal’s tungsten deriving sources stronger. But investors should consider the weakness that the company is facing due to soft demand in infrastructure and industrial end-markets.

Snap-on has one segment where it manufactures air power tools, air power tool accessories and electric power tools, which compete with equivalent product offerings from Stanley Black & Decker, Inc. (NYSE:SWK). Snap-on Incorporated (NYSE:SNA) reported second-quarter EPS of $1.50, which beat consensus estimates of $1.43 by 9%. This was higher by 15.4% from the prior-year quarter’s earnings of $1.30.

The company reported revenue growth in three of its four segments, with the tools segment witnessing both 6.5% year-over-year growth to $346.2 million and a jump of 7% in organic sales.

The company also maintained that it would stay focused on emerging markets besides continuing its efforts to increase margins by focusing on what it calls the “Snap-on value creation” process. In addition, it also wants to keep expanding in mobile tools and vehicle-repair garage markets, which are bound to grow as more and more vehicles hit the road.

Stanley Black & Decker is a company that is committed to growth and is financially disciplined. It’s going to be one of those stocks that does not need to be looked at daily, and should offer good returns in the long term.

The article This Company Is a Solid Bet originally appeared on Fool.com and is written by ANUP SINGH.

ANUP SINGH has no position in any stocks mentioned. The Motley Fool recommends Kennametal. ANUP is a member of The Motley Fool Blog Network — entries represent the personal opinion of the blogger and are not formally edited. 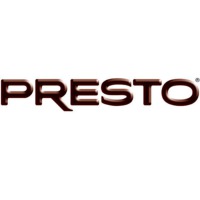