Rexford Industrial is an industrial REIT focused on Southern California that began trading publicly on July 19. Competitors in this sector include Stag Industrial Inc (NYSE:STAG), Monmouth R.E. Inv. Corp. (NYSE:MNR), and DCT Industrial Trust Inc. (NYSE:DCT). Although they are in the same sector, each of these companies has a very different investment philosophy. I am going to briefly compare and contrast how they each operate. The three companies, which have been “on the block” for awhile have “set the bar” fairly high for Rexford. 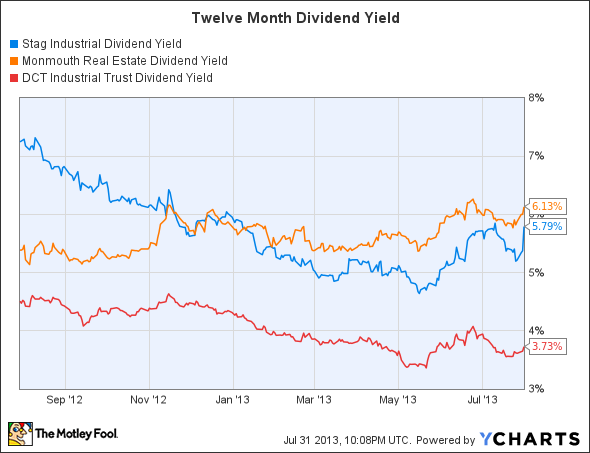 Why do investors care so much about REITs?

Investors looking for dividend yields and a hedge against inflation often look at the REIT sector. REITs are required by law to distribute at least 90% of their taxable income to shareholders, and because of this, earnings, for the most part, are not taxed at the corporate level. That is the “secret sauce” about being approved for REIT status. This combination allows for attractive dividend yields paid from funds from operations, or FFO. This is a major reason many investors consider REITs.

FFO differs from net income due to depreciation (a non-cash expense) being added back, and excluding gains or losses from property sales. It is considered a good approximation of cash flow, and is commonly used to evaluate a REIT’s operating performance. A well managed REIT will also see growth in its net asset value, or NAV. NAV is simply a measure of the “net market value” of the properties and other assets owned by a REIT. 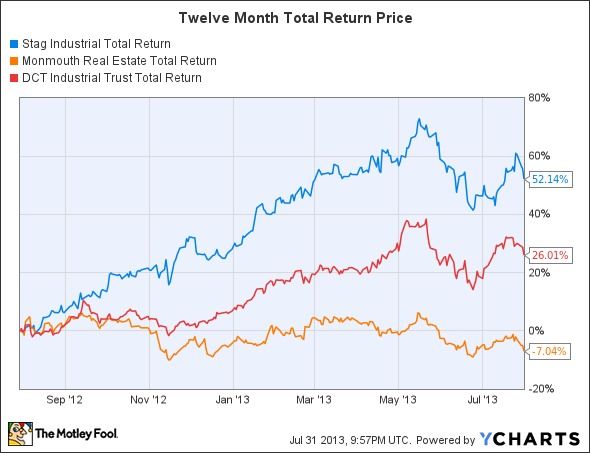 Rexford Industrial knows just how difficult it is to do business in Southern California; in fact, that is a key component of its strategy, or investment thesis. Although the company just recently went public, Co-Founders Mr. Richard Ziman and Mr. Howard Schwimmer are deeply rooted in Los Angeles and have a history of successfully managing publicly traded REITs. This includes Mr. Ziman serving as Chairman of the Board and CEO of Arden Realty from its inception in 1990 until its sale in mid-2006 to General Electric in a $4.8 billion transaction involving Arden’s portfolio of twenty million square feet in more than 200 office buildings.

This experience with “infill” Southern California office real estate is now being leveraged in Rexford Realty’s approach to the “infill” industrial market in Los Angeles, Orange, Ventura, and San Diego Counties — as well as the West Inland Empire (parts of Bakersfield and Riverside Counties). Mr. Schwimmer has actively worked in this “infill” industrial market for the past 35 years. 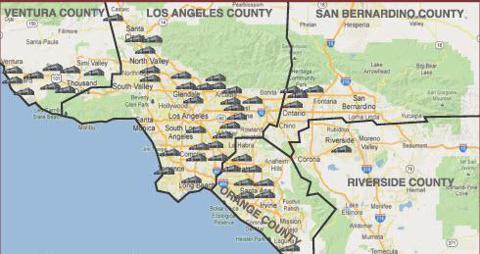 Legendary “SoCal” traffic problems make these “infill” locations highly desirable, and they can often command premium rents. In general, industrial rents in Southern California are some of the highest in the country. Likewise occupancy rates for the overall market have been strong, 90% or above, even during this last recession.

An average building size of just less than 110,000 square feet tends to yield higher overall lease rates than huge bulk warehouses. Rexford has a broad mix of 693 tenants. Approximately 60% are multi-tenant and 40% are single tenant. The risk profile is reduced by the fact that there is no one tenant who occupies a significant percentage of the Rexford portfolio. No single tenant accounts for more than 2.3% of Rexford’s lease income, and no single industry accounts for more than 11.6% of total annualized rents.

Rexford Industrial does have all of its eggs in one basket.  Parts of this basket are located in active seismic zones in Southern California. Barriers to competition will help keep rents and occupancy high.  Stay tuned regarding the dividend.