The stock’s ascent is justified due to the growth SanDisk Corporation (NASDAQ:SNDK) posted in the solid-state drive (SSD) division, which makes up approximately 15% of the firm’s business. Its quarterly revenues from SSD shipments grew a massive 95% year-over-year, and its gross cash and marketable securities rose to $5.7 billion, up 5.4% on a sequential basis.

SanDisk has been outperforming its peers over the past 5 years, and the recent results support that its growth prospects are genuine. Will this outperformance continue or is the growth momentum already priced in? In this article, while I’ll focus on how SanDisk Corporation (NASDAQ:SNDK) is emerging as a dominant player in SSDs, I’ll also address whether SanDisk Corporation (NASDAQ:SNDK)’s relative valuation appears to be expensive in the peer group.

It’s well-known that SSDs are taking over regular hard disk drives (HDD). Primarily, datacenters are fueling the initial SSD adoption despite the high cost/GB associated with SSDs, as they are required to setup less number of servers for their data intensive service. However, SSD prices have declined significantly over the last six months, down from $0.9/GB to $0.47/GB.

With cloud storage slowly becoming the primary mode of storage for enterprise customers, the need for storage will shift from local servers to cloud servers operated by datacenters. And as I stated above, with datacenters fueling SSD growth, the affordability of SSDs in terms of higher cost will no longer be a problem, since datacenters offer storage services for a price.

Seagate Technology PLC (NASDAQ:STX) is now producing its third generation 2.5-inch Momentus XT hybrid drive. A hybrid 5mm drive would be a very good fit to Ultrabook and tablet needs, offering near-SSD speed and 500GB or more capacity at substantially less than SSD prices. Enterprise hybrids are also coming before the end of the current quarter. Such drives would provide twice as many IOPS as straight spinners. Luczo said hybrid drive discussions with customers have involved exclusivity questions, implying neither Toshiba nor WD might be involved as second sources.

Western Digital Corp. (NASDAQ:WDC) is also an emerging player in the SSD industry. The company unveiled its new hybrid solid state technology known as SSHD at the CES this year. The new tech features the speed of a decent SSD, but has a capacity that a mechanical HDD would feature. On WD’s hybrid SSHD, the incoming writes from the host system aren’t stored on the NAND, with the caching system being controlled by the firmware and host-based software drivers.

Western Digital Corp. (NASDAQ:WDC) will unleash the new drives under their Black line and will ship in the 2.5-inch form factor with a thickness of 7mm, which will allow it to fit into thinner notebooks compared to other 2.5-inch, 9.5mm products. There’s also a 5mm version that will be launched in the future, and these drives are expected in 500GB and 1TB capacities at the time of launch. 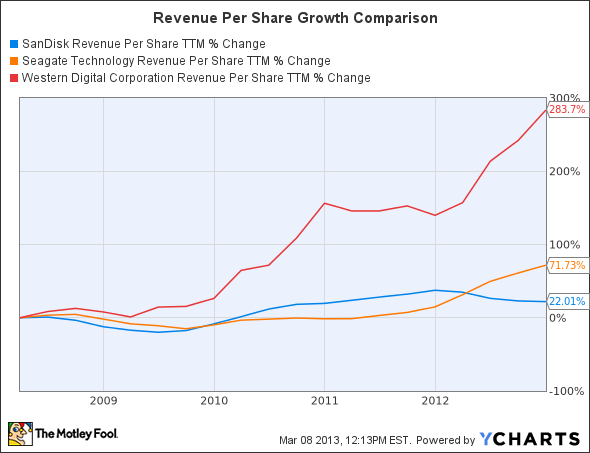 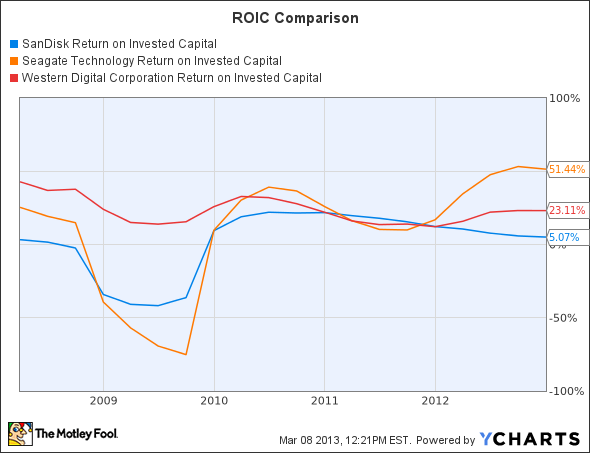 It’s crystal clear from the charts presented above why SanDisk’s relative valuation doesn’t appear to be cheap. Western Digital Corp. (NASDAQ:WDC) has a commanding revenue growth, whereas Seagate offers a wider moat. However, given SanDisk’s strong presence in the mobile SD cards market, the valuation seems justified despite being expensive. Don’t forget how the smartphones and tablets are fast replacing the PCs and the Macs.

SanDisk is an established player in the smartphone game (high growth market), and it’ll now leverage its expertise in the world of personal and enterprise computing (saturated market). I feel the stock had a decent run-up for the past four quarters, primarily due to the smartphone play. But, transitioning itself for a new business that doesn’t offer growth any more is hardly encouraging for the company. Moreover, valuation doesn’t seem compelling enough. Thus, for me, the stock is a Hold.

The article SSD Growth Positive for SanDisk, But Where is Value? originally appeared on Fool.com and is written by Anindya Batabyal.

Micron Technology, Inc. (MU): How To Play the Growing Demand for Flash Memory... 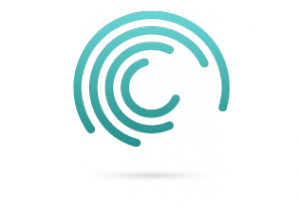 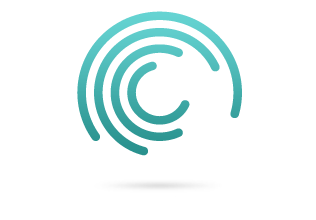 Why Seagate Technology PLC (STX) Is a Buy on This Pullback