Published on September 7, 2020 at 9:53 am by Alex Smith in Hedge Fund Investor Letters, News

SRK Capital recently released its Q2 2020 Investor Letter, a copy of which you can download here. The fund posted a return of 44.8% for the second quarter, outperforming its benchmark, the S&P 500 Index which returned 20.5% in the same quarter. You should check out SRK Capital’s top 5 stock picks for investors to buy right now, which could be the biggest winners of the stock market crash.

“The Tile Shop is a classic example of forced selling (twice). Here is a brief history on how the opportunity presented itself: On October 22, 2019, the company notified shareholders that a board member was resigning, they were suspending the dividend, suspending the buyback, and voluntarily delisting their shares from the Nasdaq. The result of this announcement was a near 70% decline in the price of the stock. This scenario initially piqued my interest. The company used poor Q3 results to defend the actions that they were taking to reduce costs and improve operations. Over the course of the next month the Chairman of the Board, Peter Kamin, and a director, Peter Jacullo, used the precipitous decline in the price of the stock to increase their combined ownership of the company to approximately 30%. Two shareholders took notice and filed a lawsuit against the company for breach of fiduciary duty in connection with the decision to delist and deregister its common stock; this led to the directors of the board to enter into a standstill agreement that they will not personally purchase any shares of the company’s common stock for a period of two years. During depositions Kamin and Jacullo admitted that they knew delisting and deregistering the stock would cause institutions to unload their shares, which would allow them to increase their ownership in the company at a significantly cheaper price, and the end game of the go dark scheme is to turn around and later sell the company. Then the coronavirus hit…and this allowed us to take advantage of a terrific sale. Solely on a balance sheet perspective I believed even with a severe decrease in revenues for 2020 that the company had enough liquidity and levers to pull that it would be able to survive the year and did not deserve to be priced as if it were heading for bankruptcy.

During the second quarter TTSH was able to take the necessary steps to cut operating expenses, preserve cash, and generate cash flow. In the first half of the year, the company was surprisingly able to reduce their debt by ~$40 million, leaving net debt at $14.06 million as of June 30th. Also, the company settled their lawsuit during the quarter for $14.5 million, which will be paid by an insurance policy.

Looking forward, I expect revenues to recover to more normalized levels over the next several quarters as they benefit from the rise in existing home sales and the boom in remodeling that is taking place. I believe the business can be turned around and operations right sized. In the past several years SG&A as a percentage of revenues has increased to about 70%, the company needs to be slimmed down and I believe looking at 2016 and 2017 numbers give a good idea of how profitable the operations can be, when they did $32 and $25 million of operating income, respectively.” 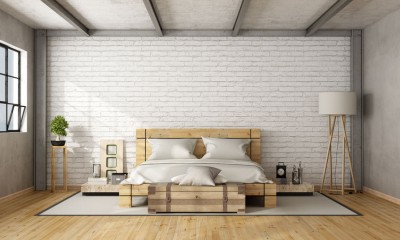 Our calculations showed that Tile Shop Holdings Inc. (NYSE:TTSH) isn’t ranked among the 30 most popular stocks among hedge funds.