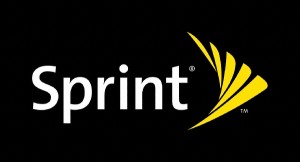 If you purchased Sprint Nextel Corporation (NYSE:S) on or before April 12, you probably have some nice gains and might be wondering what to do now, since we saw a nice 13% pop on April 15 as seen in the chart below.

Whether you purchased at an even higher price or got in while Sprint Nextel Corporation (NYSE:S) was down, you might be asking yourself if you should be taking your profits and running, or holding on for greater gains? I believe that there is much more room for Sprint to run, and that is why I am not only holding onto what I have, but think there is still an opportunity to buy Sprint at these levels and here are three reasons why:

1. With DISH Network Corp. (NASDAQ:DISH) jumping into the bidding, we may see SoftBank raising its bid for Sprint, and a subsequent bidding war which could provide more upside to the stock price of Sprint Nextel Corporation (NYSE:S). Both DISH and SoftBank have much to gain by winning the war for Sprint, and both have CEOs (Charlie Ergen of DISH and Masayoshi Son of SoftBank) who have the will to win, and a strong case to fight for Sprint.

SoftBank’s greatest expansion opportunity is clearly outside of Japan, and with the Yen’s decline and anticipated continued decline, SoftBank and Son should move quickly, as the purchase becomes more expensive the further the Yen declines. Although Son hedged the Yen and could take profits on that hedge and walk away, the long-term gains will be greater by acquiring Sprint.

DISH, on the other hand, needs Sprint Nextel Corporation (NYSE:S) to be able to offer video on Mobile devices. DISH would also have a better bundle to offer, which it needs to turn its fortunes as it has missed earnings estimates for three consecutive quarters, and is deep in debt with a debt to equity ratio of over 300 versus an industry average of less than 3.

With the strength of SoftBank and the opportunity that Sprint presents for it, and the already precarious position that DISH is in and it’s need for Sprint, I think we may see bids that drive Sprint’s price higher within the next few months if not sooner.

2. Sprint is a winner whether SoftBank wins or DISH wins! If SoftBank wins, Sprint Nextel Corporation (NYSE:S) picks up the cash that it needs to shore up its balance sheet, which would allow it to strengthen its 4G network and become more competitive. If DISH wins, Sprint gains valuable spectrum, 14 million subscribers, cost synergies, and revenue synergies. Therefore, Sprint should be able to start making money instead of losing money as it has done for several years now, and will be in a position to continue growing long term.

3. The future is all about Mobile, and recent projections show mobile data growing 13 fold from 2012 to 2017 with an expected increase of 900 million users and 3 billion additional devices connected. Sprint has held 17% of the wireless market share for a few years now as seen in the chart below.

The fact that Sprint has been able to maintain this 17% share despite its struggles speaks volumes about its upside potential once it strengthens its balance sheet and network which will be done with either deal. With Sprint in a position to gain market share and the market expanding as projected, Sprint is positioned well for many years into the future.

You will find more statistics at Statista

Sprint is the third largest wireless carrier in the U.S., behind Verizon Communications Inc. (NYSE:VZ) and AT&T Inc. (NYSE:T), with about half as many subscribers and half the revenue, but once traded closely with Verizon and AT&T, as seen in the chart below.