The Third Avenue Small-Cap Value Fund, one of the funds managed by Martin Whitman‘s Third Avenue Management, has recently released its investor letter for its third quarter ended July 31, 2016. In the letter, Third Avenue discussed, among other things, its new positions in G-III Apparel Group, Ltd. (NASDAQ:GIII), Fiesta Restaurant Group Inc (NASDAQ:FRGI), SP Plus Corp (NASDAQ:SP), and Seaboard Corp (NYSEMKT:SEB), all of which we’ll elaborate on later in the article. As stated, one of its new positions is in restaurant operator Fiesta Restaurant Group, which should come as no surprise, since those companies are almost always at the top of the food chain (pardon the pun), as evidenced by this list of The Biggest Fast Food Chains In The World.

In its quarterly update for the period ended September 30, Third Avenue reported that its Small-Cap Value Fund returned 8.10% for the quarter, versus a 9.05% return for the Russell 2000 Index, its associated benchmark, while the fund has delivered an annualized return of 8.65% since inception, versus 8.28% for the Russell 2000. 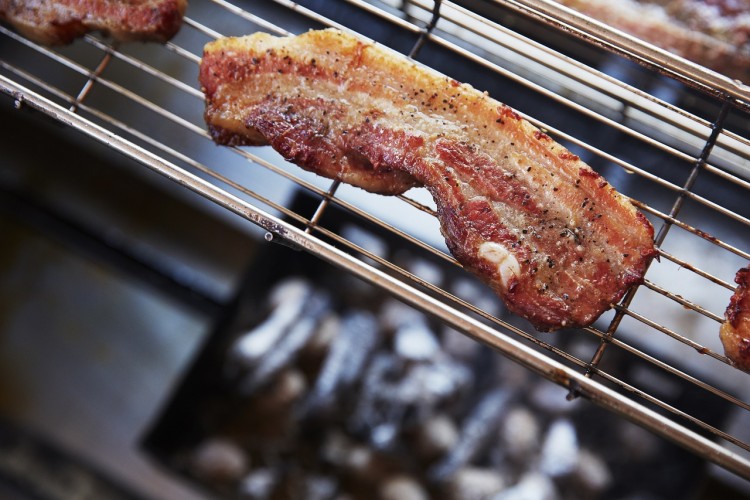 Third Avenue first discussed its new position in G-III Apparel Group, Ltd. (NASDAQ:GIII), which is a company that designs and sells both men’s and women’s apparel. What drew the attention of the fund to the company was its great potential for growth, as denoted by it recently being awarded the license for the Tommy Hilfiger North America women’s line by PVH Corp (NYSE:PVH), thanks to its success in growing the Calvin Klein brand. The fund also acknowledged its e-commerce initiatives as a strong opportunity for G-III Apparel Group to expand its business, which is not something many other apparel companies are doing.

In addition, Third Avenue was pleased with G-III Apparel Group’s acquisition of the famous brand, Donna Karan, a move that not all analysts agreed with. At the end of July, G-III Apparel Group purchased Donna Karan International Inc for $650 million including debt. Upon the news of the acquisition, Cowen & Co downgraded its rating on G-III’s shares to ‘Market Perform’ from ‘Outperform’, on the belief that the price paid was too high, though it maintained its price target of $43 on the stock. Nevertheless, Third Avenue is of the opinion that the acquisition has raised the company’s sales growth course beyond what Karl Lagerfeld and Tommy Hilfiger alone offer. G-III Apparel Group was owned by 12 of the hedge funds in our database at the end of June, down from 18 at the end of March.

The next company Third Avenue discussed in the letter was Fiesta Restaurant Group, which was spun-off from Carrols Restaurant Group, Inc. (NASDAQ:TAST) four years ago. Fiesta now runs two franchises, Taco Cabana and Polo Tropical, which have had great success in Florida and Texas, leading Fiesta Restaurant Group Inc (NASDAQ:FRGI) to consider expansion into other areas. While Taco Cabana mainly serves original Mexican food, Pollo Tropical is famous for its Caribbean cuisine. Both restaurants have great revenue, as Taco Cabana brings in around $1.9 million annually per restaurant on average, while Pollo Tropical brings in even more, at about $2.6 million, figures which compare favorably to larger chains like Chipotle Mexican Grill, Inc. (NYSE:CMG).

Third Avenue  is satisfied with the company’s intentions to expand its store base by 8%-to-10% every year without taking on too much debt, preserving  its healthy balance sheet. The fund also states that Fiesta Restaurant Group’s idea to spin-off Taco Cabana is appealing, as “both brands are strong enough to stand on their own.” Since Fiesta Restaurant Group is trading at the low-end of its historical EV/EBITDA and EV/Sales multiples, the fund took advantage of the attractive opportunity and initiated a position below $22 per share. 9.40% of Fiesta Restaurant’s shares were owned by 17 of the hedge funds in our system on June 30.

We’ll check out what Third Avenue had to say about two other additions to its small-cap fund’s portfolio on the next page.

Here’s Why These Five Stocks Are in Spotlight Today