With U.S. natural gas supplies still plentiful and relatively cheap, demand for the cleaner-burning fuel is expected to keep growing.

In addition to demand from utility companies, industrial and petrochemical manufacturers, and other energy-intensive firms, some have identified liquefied natural gas, or LNG, exports and natural gas vehicles, or NGVs, as the wildcards that could cause future demand to soar.

But would U.S. natural gas producers – most of whom have curtailed gas drilling as much as possible over the past couple of years – be able to keep up if a surge in demand were to materialize?

Will gas producers be able to keep up?
The answer, according to Jim Tramuto, vice president of governmental and regulatory affairs for Southwestern Energy Company (NYSE:SWN), is a resounding yes. Speaking at the 2013 U.S. Energy Information Administration Energy Conference in Washington earlier this week, he expressed great confidence about the size of the U.S. shale gas resource base.

“Shale plays have gotten so much larger than anything we’ve seen over the past century,” Tramuto said. He assured the conference attendees about the industry’s ability to redeploy natural gas rigs to help bring supply and demand back into balance by saying:

Look at the number of rigs that are off the system. You have 246 horizontal [gas drilling] rigs. A year ago it was almost double that amount. Producers do have a way of regulating the choke, if you will, and either taking those rigs and putting them to work on the oil side, if you’ve got oil leases, or else we stack them.

Tramuto further pointed to efficiency gains across the industry as being the key for gas producers to keep pace with projected demand growth. “The resource base is there. [Producers] continue to get better and more efficient,” he said. Indeed, efficiency gains over the past couple of years have been quite impressive and, for some producers, downright remarkable.

Efficiency gains translate to reduced costs
For instance, Southwestern Energy Company (NYSE:SWN) slashed its average drilling time in the Fayetteville Shale to a little over five days per well, down from 17 days per well just a few years ago, while its drilling costs in the first quarter fell to about $2.2 million, down from $3.2 million a year earlier.

Similarly, Ultra Petroleum Corp. (NYSE:UPL), another energy producer heavily weighted toward natural gas, managed to drill 40% of its Pinedale field wells in less than 10 days, compared to just 3% in 2010, while reducing well costs in the field to $4.4 million in the first quarter, down 6% from $4.7 million as of year-end 2012. 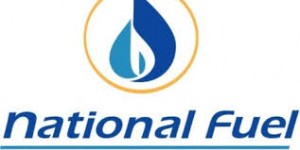 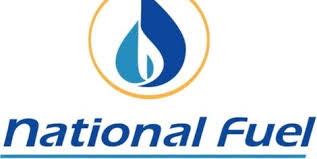