Sony (NYSE:SNE), General Motors (NYSE:GM) and Kellogg (NYSE:K) were three large-cap companies which posted their quarterly earnings reports prior to Thursday’s market open, as 13 companies with market caps of $10 billion or more took their turns posting their important numbers for investors before the opening bell. Kellogg seemed to come out the best of these three, while General Motors beat and missed estimates, while Sony just couldn’t stanch its long-term bleeding problem.

The companies listed here reported their earnings prior to the market open at 9 a.m. ET.

GM reported an earnings-per-share of 90 cents for the quarter, which topped analysts’ estimates by 11 cents. However, the revenue number of $37.6 billion missed targets by $1 billion. GM stock was listed at $19.66 a share at Wednesday’s close.

Sony reported numbers that were well off projections, then lowered guidance for the year to even lower levels. The company posted a net loss of $314 million, which was 60 percent higher than a year ago and 11 times higher than Street analysts had projected. Revenue was up 1.4 percent from a year ago, however, while operating profit was down 77 percent.  The company also lowered its guidance on net profit by 33 percent from its previous projection and lowered profit projections by more than 25 percent. Sony is now working on a four-year run of losses.

Kellogg posted an EPS of 89 cents and revenue of $3.5 billion, which beat Street estimates by 5 cents and $110 million, respectively. Kellogg stock closed at $47.81 Wednesday.

Cigna (NYSE:CI) posted a quarterly EPS of $1.52 and revenue of $7.5 billion, which both beat Street estimates by 9 cents and $270 million, respectively. The stock closed Wednesday at $40.24.

DirecTV (NASDAQ:DTV) recorded an EPS of $1.09, which missed estimates by 4 cents. The revenue of $7.22 billion was consistent with estimates. The stock closed at $50.10 yesterday and was moving sharply down in pre-market activity.

Spectra Energy (NYSE:SE) posted an EPS of 33 cents and revenue of $1.11 billion, which missed Street estimates by 3 cents and $160 million. The stock closed Wednesday at $30.55.

Teva Pharmaceutical (NYSE:TEVA) recorded an EPS of $1.28 that was in-line with estimates, but the revenue of $5 billion missed targets by $80 million. The stock was at $40.87 at Wednesday’s close.

Teradata (NYSE:TDC) posted an EPS of 77 cents and revenue of $665 million, both of which beat estimates by 12 cents and $5 million. The stock was at $66.10 at Wedneday’s close, but is moving dramatically up in pre-market activity. 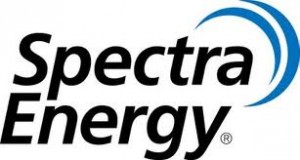 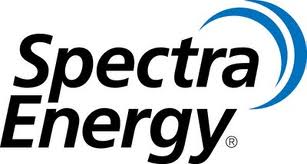