Published on September 4, 2015 at 11:19 am by Alexandr Oleinic in Hedge Funds,News,Tech

Few will disagree that John Chen has done a great job at turning BlackBerry Ltd (NASDAQ:BBRY) back on the path to profitability. In the last few years the company has made several acquisitions that re-focused its strategy on mobile enterprise security and today it announced another addition, Good Technology. The company has announced that it has acquired Good Technology for $425 million in cash, one of the largest deals made by Blackberry recently. 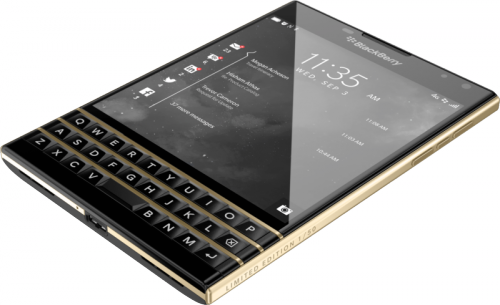 Following the transaction, BlackBerry Ltd (NASDAQ:BBRY) will be able to increase its ability to offer a secure mobile platform across all mobile devices and operating systems. The deal is expected to be completed by the end of the third quarter of Blackberry’s fiscal 2016 and is subject to closing conditions such as regulatory approvals. The acquisition will also be accretive to earnings and cash flow within the first year and Blackberry also forecasts that it will be able to realize around $160 million in GAAP revenue from Good during the first year. On the back of the news, Blackberry’s stock jumped by 4% in pre-market, but later retracted and currently stands at around 2% in green.

Investors appreciated BlackBerry Ltd (NASDAQ:BBRY)’s transition efforts under Mr. Chen, although the stock has slumped by over 30% year-to-date as the company couldn’t get back on track on the smartphone markets, with its latest devices still accounting for a tiny part of the market share. Nevertheless, hedge funds we track are bullish on the company as they hold over 15% of the company as of the end of June. We consider hedge fund sentiment an important metric, because this group of investors spends a lot of time and resources researching each company they invest in. Moreover, due to their focus on the long-term growth, this allows us to identify strong companies that have a lot of upside potential. However, lately hedge funds’ returns have been lagging, mostly due to their size, which forces them to invest in more large- and mega-cap companies, which are usually widely followed and don’t have a lot of intrinsic value. On the other hand, hedge fund sentiment is more useful to identify small-cap ideas to invest in. Our strategy is based on imitating a portfolio of 15 most popular small cap stocks among a pool of some 730 funds and it has returned some 118% in the last three years, beating the S&P 500 ETF (SPY) by around 60 percentage points (read more details here).

With this in mind, let’s take a closer look at what hedge funds from our database think of BlackBerry Ltd (NASDAQ:BBRY). At the end of June, 23 investors held positions with an aggregate value of $653.23 million, down from 27 funds a quarter earlier. However, the value of their holdings went up from $624 million, while the stock slumped by 8% during the quarter.