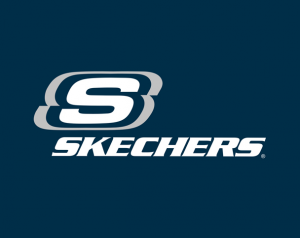 The company is not dependent on a sole product or category anymore, making it less prone to the disaster it faced in 2011. Running shoes are one of the company’s new products, produced within a new performance division. Skechers GOrun shoes are becoming popular, and they are becoming a serious player in the market. Together with the GObionic, the Skechers Performance Division equips athletes from the track to the gym. There are also other products that are doing well, like GOtrain and GOwalk, and the new GOrun2, which was advertised in this year’s Super Bowl.

All of this effort translates into higher revenue and profits. After a 20% fall in revenue and negative earnings in 2011, the company reported a 3% drop in revenue in 2012, due to inventory cleanup in the first half of the year. Earnings then turned positive, with $0.19 earnings per share for the year. The company is expected to report $0.97 earnings per share, a 410% increase on a 17% rise in revenue. Earnings are expected to rise 43% in 2014 with a 9% increase in revenue. With an expected revenue of $2 billion in 2014, the company will finally return to that level, which it achieved in the booming 2010, but earnings have a long way to go to reach 2010 levels, as expected EPS in 2014 will be roughly half of those achieved in 2010.

Skechers USA Inc (NYSE:SKX) has 350-plus company-owned stores, and the company plans to open 30 new stores this year. Sales at company-owned stores rose in the low double-digits in the fourth quarter, while the international business did exceptionally well, surging 30%.

One legal issue the company faced recently was the change in auditors, as KPMG resigned as auditor due to “the impairment of KPMG’s independence resulting from to its now former partner’s alleged unlawful activities.” The issue was on KMPG’s behalf, and was not related to Skechers USA Inc (NYSE:SKX)’ financial statements or its accounting practices. The company recently announced that the Board of Directors appointed BDO USA LLP as the new auditor. The company also announced preliminary earnings, and expects to report $440 million to $450 million in revenue, and adjusted earnings in $0.15 to $0.19 range. This revenue would be above analyst estimates of $438 million, though Skechers would need to deliver earnings at the high end of guidance in order to meet estimates of $0.19.