It seems that the masses and most of the financial media hate hedge funds and what they do, but why is this hatred of hedge funds so prominent? At the end of the day, these asset management firms do not gamble the hard-earned money of the people who are on the edge of poverty. Truth be told, most hedge fund managers and other smaller players within this industry are very smart and skilled lads. Of course, they may also make wrong bets in some instances, but no one knows what the future holds and how market participants will react to the bountiful news that keep flooding each day. The S&P 500 Index gained 5.2% in the 12 month-period that ended October 30, while less than 49% of its stocks beat the benchmark. In contrast, the 30 most popular S&P 500 stocks among the hedge fund investors tracked by the Insider Monkey team returned 9.5% over the same period, which provides evidence that these money managers do have great stock picking abilities. Even more to that, 63% of these stocks managed to beat the S&P 500 Index. That’s why, we believe, it isn’t a waste of time to check out hedge fund sentiment before you invest in a stock like Tenneco Inc (NYSE:TEN). 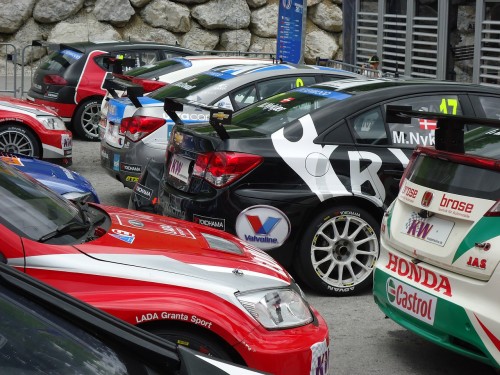 If you’d ask most traders, hedge funds are assumed to be worthless, outdated financial tools of yesteryear. While there are over 8000 funds with their doors open today, Hedge fund experts at Insider Monkey look at the top tier of this group, approximately 700 funds. Most estimates calculate that this group of people handle most of the smart money’s total capital, and by keeping track of their unrivaled investments, Insider Monkey has spotted various investment strategies that have historically outrun the market. Insider Monkey’s small-cap hedge fund strategy outpaced the S&P 500 index by 18 percentage points a year for a decade in their back tests.

Keeping this in mind, let’s take a look at the new action regarding Tenneco Inc (NYSE:TEN).

What does the smart money think about Tenneco Inc (NYSE:TEN)?

At the Q3’s end, a total of 28 of the hedge funds tracked by Insider Monkey were long in this stock, flat from one quarter earlier. With hedge funds’ sentiment swirling, there exists a few key hedge fund managers who were increasing their holdings significantly.

When looking at the hedgies followed by Insider Monkey, Archer Capital Management, managed by Eric Edidin and Josh Lobel, holds the number one position in Tenneco Inc (NYSE:TEN). Archer Capital Management has a $37.2 million position in the stock, comprising 5.3% of its 13F portfolio. Sitting at the No. 2 spot is GAMCO Investors, managed by Mario Gabelli, which held a $32.6 million position; the fund has 0.2% of its 13F portfolio invested in the stock. Remaining peers that hold long positions consist of Robert Polak’s Anchor Bolt Capital, Peter Rathjens, Bruce Clarke and John Campbell’s Arrowstreet Capital and John Overdeck and David Siegel’s Two Sigma Advisors.

However, there were a few money managers who sold off their positions entirely at the end of the third quarter. It’s worth mentioning that Ricky Sandler’s Eminence Capital sold off the largest stake of all the hedgies followed by Insider Monkey, comprising close to $65.5 million in stock. George McCabe’s fund, Portolan Capital Management, also sold off its stock, about $2.6 million worth.

With the results demonstrated by the aforementioned studies, everyday investors should always keep an eye on hedge fund sentiment, and Tenneco Inc (NYSE:TEN) applies perfectly to this mantra, especially when we see that hedge funds are more fond of it in comparison to its peers outlined in the table above.

Is TEN A Good Stock To Buy?NYSE:TENYahoo Finance