Should You Follow Tontine Asset Management Out Of This Stock?

Tontine Asset Management has accelerated the winding down of its investment in Patrick Industries, Inc. (NASDAQ:PATK), having entered into a sales plan with Cantor Fitzgerald & Co. According to recent filings with the Securities and Exchange Commission, Tontine has commissioned Cantor Fitzgerald to sell up to 100,000 of its Patrick Industries shares between October 5, 2015 and April 29, 2016, under certain price restrictions. Jeffrey Gendell, the fund’s manager, has been busily getting rid of his Patrick Industries position of late, having reduced his holding to 1.86 million shares from the 2.57 million shares reported by Tontine at the end of the second quarter. The current stake accounts for 12.1% of the company’s common stock. 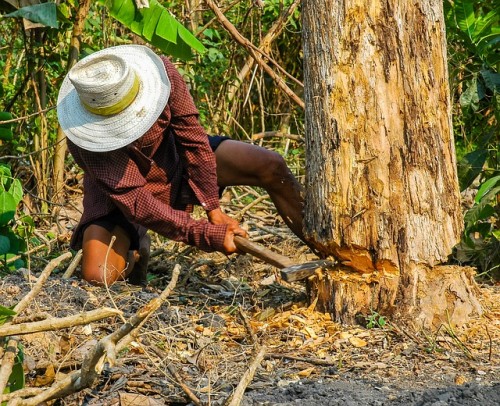 Jeffrey Gendell started Tontine Asset Management in 1997, having previously learned his trade at Smith Barney (Morgan Stanley Wealth Management). His macro approach to investing paid off handsomely prior to the 2008 recession, with Tontine returning more than 100% in 2003 and 2005. It didn’t last, however, and Gendell was forced to close some funds after registering massive losses in 2008. He has not given up on his approach to investing and has rebuilt his portfolio to manage roughly $600 million in equity positions spread across a number of sectors, although 70% of funds are locked in industrial and financial stocks. At the end of the second quarter, Tontine reported Patrick Industries as its largest position, although the latest sale of shares could mean Integrated Electrical Services, Inc.(NASDAQ:IESC) has since taken its place. The fund holds 13.3 million shares of the electrical infrastructure provider valued at $94.8 million. Gendell also boosted his holding of Citigroup Inc (NYSE:C) by 60% to 419,395 shares and that of Bank of America Corp (NYSE:BAC) to 1.19 million shares, signaling his bullishness on the financial sector.

Hedge funds have been underperforming the market for a very long time. However, this was mainly because of the huge fees that hedge funds charge as well as the poor performance of their short books. Hedge funds’ long positions performed actually better than the market. Small-cap stocks, activist targets, and spin offs were among the bright spots in hedge funds’ portfolios. For instance, the 15 most popular small-cap stocks among hedge funds outperformed the market by more than 60 percentage points since the end of August 2012 (read the details here). This strategy also managed to beat the market by double digits annually in our back tests covering the 1999-2012 period.

The ten biggest shareholders of Patrick Industries, Inc. (NASDAQ:PATK) among the hedge funds that we track all increased their holdings of the stock during the second quarter, including Tontine. Julian Allen increased his stake in the company by 48% to amass 154,233 shares, the second-biggest holding after Tontine. Richard Driehaus also stepped up his interest, with Driehaus Capital having reported ownership of 103,361 shares of Patrick Industries valued at $3.93 million in its latest 13F filing. Brant Point Investment Management, run by Ira Unschuld, is also a major shareholder, having reported a position that comprises 126,200 shares worth more than $4.8 million. Overall, 19 hedge funds we track held 15.3% of the outstanding shares of Patrick Industries.