Should You Follow the Smart Money Into These Hotel Stocks?

Macau and Las Vegas are home to the most expensive hotels and casino sectors in the world. The gaming revenue in Macau region is showing signs of stabilization with revenue growth being witnessed in August. The Baird/STR Hotel stock index increased by 0.9% in August this year. Stock prices of most large operators are currently trading near their 52-week highs. Falling gas prices and increase in discretionary income levels have supported this growth trend. Though the hotel transactions are lower when compared to the last year, the industry thinks that second half of the year will be promising.

Since the hotel industry seems to have solid prospects, it’s not surprising that smart money investors have been bullish on many hotel stocks. With this in mind, we have compiled a list of five companies that rank as the most popular among the hedge funds in our database.

We believe that imitating hedge funds and other large institutional investors can be helpful in identifying stocks capable of outperforming the broader market. Through extensive research that covered portfolios of several hundred large investors between 1999 and 2012, we determined that following the small-cap stocks that large money managers are collectively bullish on, can generate monthly returns nearly 1.0 percentage points above the market (see more details). 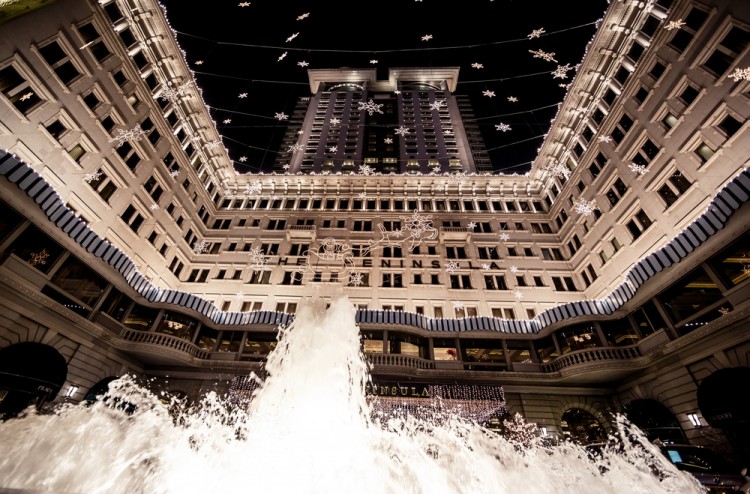 MGM Resorts International (NYSE:MGM) is an owner and operator of casino resorts in USA and China. The stock gained close to 18% in the last six months and is over 14% in the green year-to-date. The number of funds from our database holding shares of MGM increased to 59 from 55 during the second quarter, with these funds holding around 15.9% of the company’s outstanding stock at the end of June. The casino business expects that revenue will grow this year in Macau and MGM International will benefit from this trend, as it had recently announced increasing its stake in MGM China. The company is also expecting to expand into Cotai next year. For the second quarter, the company posted EPS of $0.26 beating analyst estimates by $0.03.

Marriott International Inc (NASDAQ:MAR) is a large multinational company operating in the hotel and lodging industry. It has around 4,500 properties in approximately 90 countries worldwide. The stock has inched up by 1% since the beginning of July and analysts currently have a consensus “Hold” rating. The total number of funds tracked by us having a position in Marriott International Inc (NASDAQ:MAR) increased by three to 36 in the quarter ending June 2016, while the total value of their holdings increased by more than 34% to $1.72 billion. The company has a market capitalization value of $26 billion and is trading at a P/E ratio of almost 20. Marriott International reported second-quarter revenue of $3.9 billion (in line with estimates) and EPS of $1.03, which topped the expectations by $0.05 .

Starwood Hotels & Resorts Worldwide Inc (NYSE:HOT) also made the list with 40 funds holding over 22% of its outstanding stock at the end of June, but the company has recently merged with Mariott International. The transaction is considered to be a win-win situation for its shareholders since the merger will create the world’s largest lodging company.

5 Most Successful Quant Hedge Funds And Their Top Picks

This Week in Technology: Tesla, Microsoft, Twitter, and More

This Week in Energy: Kinder Morgan, Southwestern, Schlumberger, and More