Should You Follow SCGE Management Into Its Top Picks?

There were 659 hedge funds in our database, whose 13F portfolios on June 30 contained at least five long positions in billion-dollar companies. Of those 659 funds, an impressive 627 of them delivered positive returns during the third quarter, according to our calculations. All told, their long picks in billion-dollar companies averaged a gain of 8.3% for the quarter, well above the S&P 500 ETFs’ 3.3% figure.

Nonetheless, hedge funds continue to disappoint their investors for the most part, as redemptions have hit the industry hard of late. That can be chalked up to their high fees and the underperformance on the short-side of their portfolios, which provide downside protection but have dragged down overall returns. We recommend investors consider hedge funds’ long stock picks for their market-beating potential and will share four of them in this article, which were in the portfolio of Christopher Lyle‘s SCGE Management on June 30.

Christopher Lyle’s SCGE Management is a privately owned California- based hedge fund, founded in 2008. It offers its professional services to pooled investment vehicles. The firm reported an equity portfolio worth $323.26 million as of the end of June. Out of 13 relevant positions held by SCGE Management in companies valued at $1 billion or more on June 30, the fund’s holdings delivered a weighted average return of 14.11% during the third quarter. It should be noted that our calculations may be different from the fund’s actual returns, as they do not factor in changes made to positions during the quarter, or positions that don’t get reported on Form 13Fs, like short positions.

In this article, we’ll take a look at four of the favorite stock picks of SCGE Management and see how they performed during the third quarter.

Let’s start with Alphabet Inc (NASDAQ:GOOG), in which SCGE Management disclosed owning 50,000 class C shares of the company, which have been valued at $34.61 million. The fund boosted its stake in the company during the second quarter, having acquired 38,017 shares. The stock returned 12.3% during the third quarter. Out of the nearly 750 hedge funds followed by Insider Monkey, 126 reported long positions in the company heading into the third quarter. The biggest investor in Alphabet Inc (NASDAQ:GOOG) at the time, was Eagle Capital Management, which reported holding a stake valued at $1.28 billion. Remaining investors with a similar optimism included Southeastern Asset Management, Egerton Capital Limited, Lone Pine Capital, and Viking Global. 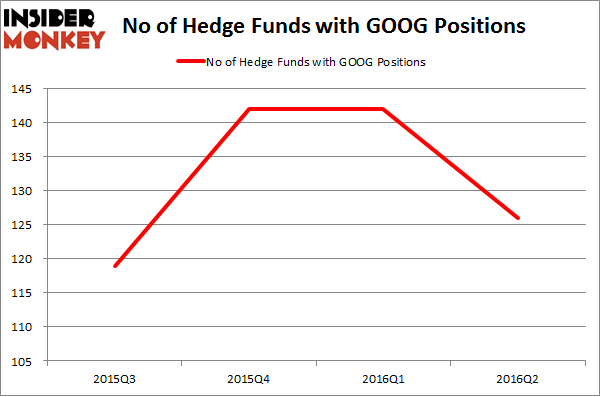 SCGE Management held 175,000 shares of LinkedIn Corp (NYSE:LNKD) valued at $33.12 million at the end of June. The stock inched up by 1% during the third quarter. A total of 66 funds tracked by Insider Monkey held long positions in this stock at the end of June, a change of 61% from one quarter earlier. More specifically, SRS Investment Management was the largest shareholder of LinkedIn Corp (NYSE:LNKD), with a stake worth $504.5 million reported as of the end of June. Trailing SRS Investment Management was Pentwater Capital Management, which amassed a stake valued at $492.3 million. Arrowgrass Capital Partners, Farallon Capital, and D E Shaw also held valuable positions in the company.

On the next page, we will continue our discussion of SCGE Management’s greatest bets of third quarter.