LONDON — I have recently been evaluating the investment cases for a multitude of FTSE 100 companies.

Although Britain’s foremost share index has risen 9.1% so far in 2013, I believe many London-listed stocks still have much further to run, while conversely others look overdue for a correction. So how do the following five stocks weigh up? 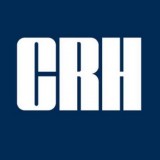 Wood Group expects all of its divisions to make headway in 2013, adding that conditions in the global energy markets are likely to remain favorable. Exploration and development spend rose 9% last year, and the company reckons that its prospects should remain solid over the long term.

City analysts forecast earnings per share to rise 31% this year. Earnings are then forecast to jump an additional 16% in 2014. This stellar profit growth is set to deliver ever-improving investor value, with a P/E ratio of 12.1 in 2013 projected to fall to 10.5 next year.

Wood Group’s relative cheapness is underlined by a lowly price/earnings to growth (PEG) multiple, which is expected to come in at 0.4 and 0.7 in this year and next. A reading below 1 often represents excellent value.

CRH PLC (UK) (LON:CRH)
I reckon that CRH PLC (UK) (LON:CRH) is chronically overvalued at current levels. The construction specialist’s shares have rallied to fresh highs above 1,500 pence in recent days, despite the precarious state of the European and North American building markets.

City analysts predict a 60% earnings per share slide in 2013, before a 35% bounceback in 2014. This leaves CRH PLC (UK) (LON:CRH) on P/E ratios of 20.5 and 15.2 for this year and next, which I consider nosebleed territory given the downside risks, particularly as the bombed-out markets of Europe continue to struggle.

The company is expected to offer a dividend yield of 3.8% and 3.9% for 2013 and 2014, respectively, above the FTSE 100 average of 3.5%. However, the potential for formidable earnings pressure could jeopardize any shareholder payouts, particularly with miserly coverage of 1.3 and 1.7 predicted for this year and next.

And Randgold Resources Ltd. (ADR) (NASDAQ:GOLD is aiming to significantly increase output at its other assets to build future growth, particularly at its Kibali project in the Democratic Republic of Congo, which is due to start production in the fourth quarter. The miner hopes to produce 600,000 ounces of gold per year from this project alone between 2014 and 2023.

Earnings per share are on course to rise 20% in 2013, according to broker forecasts, and a further 38% the following year as groupwide production ramps up.

I think that, given these exciting growth prospects, the gold miner offers decent value for money — a P/E ratio of 14.4 for this year is expected to decline to 10.5 in 2014. A PEG estimate of 0.7 and 0.3 for 2013 and 2014 ,respectively, also illustrates Randgold Resources Ltd. (ADR) (NASDAQ:GOLD’s position as a great value stock.

Are These the Ultimate Retirement Shares? – Aberdeen Asset Management... 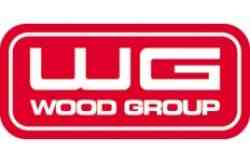 Should I Invest in These 5 Big-Cap Shares?: Apple Inc. (AAPL) and More
Monthly Newsletter Strategy
Download a free copy of our newsletter and see the details inside!
Hedge Fund Resource Center
Billionaire Hedge Funds