Should You Buy The Middleby Corporation (MIDD)?

Is The Middleby Corporation (NASDAQ:MIDD) ready to rally soon? Money managers are becoming hopeful. The number of long hedge fund positions advanced by 3 lately. Our calculations also showed that MIDD isn’t among the 30 most popular stocks among hedge funds.

How are hedge funds trading The Middleby Corporation (NASDAQ:MIDD)? 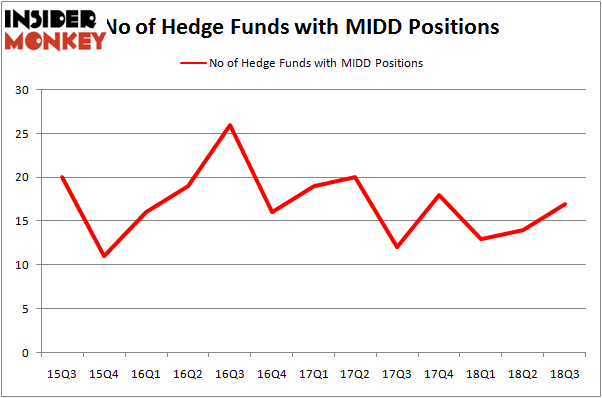 As you can see these stocks had an average of 19.5 hedge funds with bullish positions and the average amount invested in these stocks was $331 million. That figure was $816 million in MIDD’s case. Sabre Corporation (NASDAQ:SABR) is the most popular stock in this table. On the other hand Flowserve Corporation (NYSE:FLS) is the least popular one with only 13 bullish hedge fund positions. The Middleby Corporation (NASDAQ:MIDD) is not the least popular stock in this group but hedge fund interest is still below average. This is a slightly negative signal and we’d rather spend our time researching stocks that hedge funds are piling on. In this regard SABR might be a better candidate to consider a long position.