Is Sprouts Farmers Market Inc (NASDAQ:SFM) going to take off soon? Investors who are in the know are in a bullish mood. The number of long hedge fund positions moved up by 3 in recent months. Our calculations also showed that SFM isn’t among the 30 most popular stocks among hedge funds. 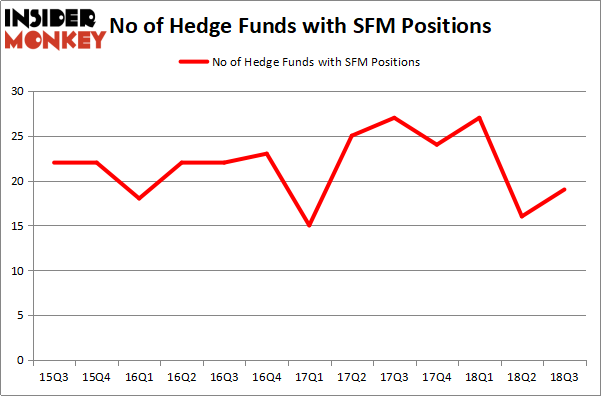 As you can see these stocks had an average of 14.25 hedge funds with bullish positions and the average amount invested in these stocks was $139 million. That figure was $299 million in SFM’s case. Laureate Education, Inc. (NASDAQ:LAUR) is the most popular stock in this table. On the other hand PS Business Parks Inc (NYSE:PSB) is the least popular one with only 6 bullish hedge fund positions. Sprouts Farmers Market Inc (NASDAQ:SFM) is not the most popular stock in this group but hedge fund interest is still above average. This is a slightly positive signal but we’d rather spend our time researching stocks that hedge funds are piling on. In this regard LAUR might be a better candidate to consider a long position.