Should You Buy Sapient Corporation (SAPE)?

Now, according to many investors, hedge funds are seen as bloated, old financial tools of a period lost to current times. Although there are over 8,000 hedge funds trading in present day, this site focuses on the moguls of this group, close to 525 funds. It is widely held that this group has its hands on the lion’s share of the smart money’s total capital, and by tracking their highest performing investments, we’ve discovered a number of investment strategies that have historically outpaced the broader indices. Our small-cap hedge fund strategy outstripped the S&P 500 index by 18 percentage points annually for a decade in our back tests, and since we’ve began to sharing our picks with our subscribers at the end of August 2012, we have trumped the S&P 500 index by 33 percentage points in 11 months (explore the details and some picks here).

Just as key, optimistic insider trading activity is another way to analyze the stock market universe. There are plenty of reasons for an insider to downsize shares of his or her company, but only one, very clear reason why they would behave bullishly. Plenty of academic studies have demonstrated the market-beating potential of this strategy if “monkeys” know where to look (learn more here).

In preparation for the third quarter, a total of 21 of the hedge funds we track held long positions in this stock, a change of 40% from the previous quarter. With the smart money’s positions undergoing their usual ebb and flow, there exists a few notable hedge fund managers who were upping their stakes significantly. 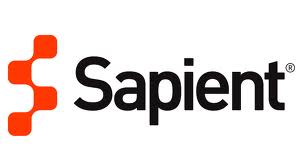 When using filings from the hedgies we track, Chuck Royce’s Royce & Associates had the largest position in Sapient Corporation (NASDAQ:SAPE), worth close to $44.9 million, accounting for 0.1% of its total 13F portfolio. On Royce & Associates’s heels is Clifton S. Robbins of Blue Harbour Group, with a $34.2 million position; 2.6% of its 13F portfolio is allocated to the company. Other hedgies with similar optimism include Ken Fisher’s Fisher Asset Management, Wallace Weitz’s Wallace R. Weitz & Co. and Glenn J. Krevlin’s Glenhill Advisors.

What have insiders been doing with Sapient Corporation (NASDAQ:SAPE)?

Legal insider trading, particularly when it’s bullish, is particularly usable when the company we’re looking at has experienced transactions within the past six months. Over the latest half-year time period, Sapient Corporation (NASDAQ:SAPE) has experienced zero unique insiders buying, and zero insider sales (see the details of insider trades here).

We’ll go over the relationship between both of these indicators in other stocks similar to Sapient Corporation (NASDAQ:SAPE). These stocks are Qlik Technologies Inc (NASDAQ:QLIK), Guidewire Software Inc (NYSE:GWRE), Blackbaud, Inc. (NASDAQ:BLKB), Verint Systems Inc. (NASDAQ:VRNT), and Convergys Corporation (NYSE:CVG). This group of stocks belong to the business software & services industry and their market caps match SAPE’s market cap.

Meritor Inc (MTOR): Are Hedge Funds Right About This Stock?

Genpact Limited (G): Hedge Funds Are Bullish and Insiders Are Undecided, What...