Earlier this year, many hedge funds were holding a larger percentage of their assets in cash than at any other time in recent memory, as fears that the market was due for a correction abounded. This led to many small-cap stocks being hit hard, as hedge funds, which tend to be some of their staunchest backers, liquidated their holdings. Now however, hedge funds appear to be growing more confident and putting their money back into equities, which has led to small-cap stocks taking off, with the Russell 2000 ETF (IWM) having outperformed the S&P 500 ETF (SPY) by more than 10 percentage points since the end of June. In this article, we’ll see how this large shift in hedge fund activity impacted MDU Resources Group Inc (NYSE:MDU) .

MDU Resources Group Inc (NYSE:MDU) shares didn’t see a lot of action during the third quarter. Overall, hedge fund sentiment was unchanged. The stock was in 10 hedge funds’ portfolios at the end of the third quarter of 2016. The level and the change in hedge fund popularity aren’t the only variables you need to analyze to decipher hedge funds’ perspectives. A stock may witness a boost in popularity but it may still be less popular than similarly priced stocks. That’s why at the end of this article we will examine companies such as Genpact Limited (NYSE:G), Polaris Industries Inc. (NYSE:PII), and Dun & Bradstreet Corp (NYSE:DNB) to gather more data points. 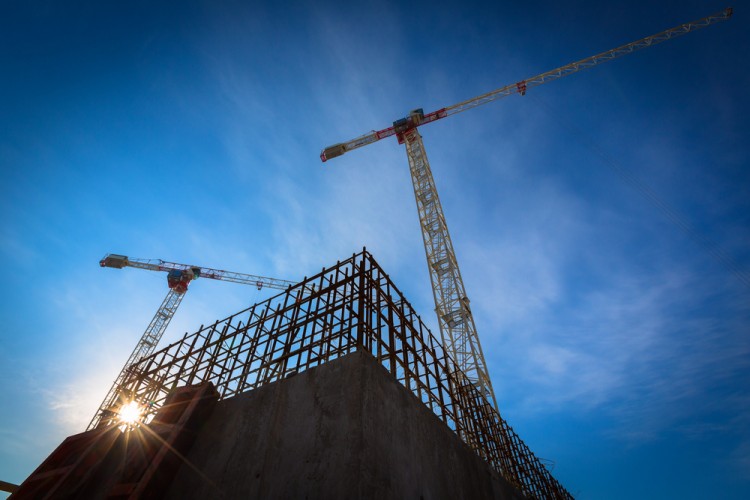 With all of this in mind, let’s take a glance at the fresh action surrounding MDU Resources Group Inc (NYSE:MDU).

What does the smart money think about MDU Resources Group Inc (NYSE:MDU)?

At the end of the third quarter, a total of 10 of the hedge funds tracked by Insider Monkey were bullish on this stock, a change of 0% from the previous quarter. Below, you can check out the change in hedge fund sentiment towards MDU over the last 5 quarters. With the smart money’s sentiment swirling, there exists a few key hedge fund managers who were increasing their stakes considerably (or already accumulated large positions). 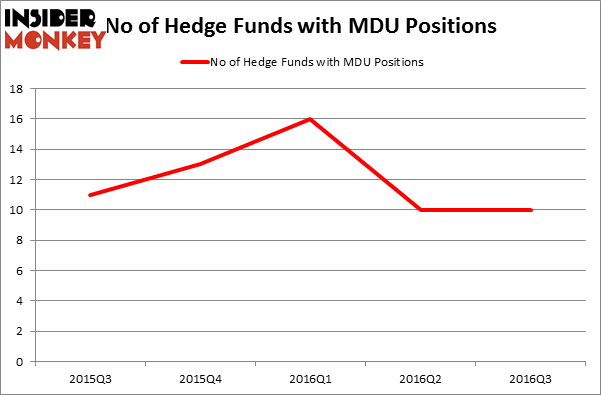 When looking at the institutional investors followed by Insider Monkey, Millennium Management, one of the 10 largest hedge funds in the world, holds the number one position in MDU Resources Group Inc (NYSE:MDU). Millennium Management has a $19.8 million position in the stock. Coming in second is Peter Rathjens, Bruce Clarke and John Campbell of Arrowstreet Capital, with a $9.5 million position. Other peers that hold long positions encompass Michael Platt and William Reeves’ BlueCrest Capital Mgmt., John Overdeck and David Siegel’s Two Sigma Advisors and Jim Simons’ Renaissance Technologies. We should note that none of these hedge funds are among our list of the 100 best performing hedge funds which is based on the performance of their 13F long positions in non-microcap stocks.