Should You Buy Entergy Corporation (ETR)?

Entergy Corporation (NYSE:ETR) was in 24 hedge funds’ portfolios at the end of the third quarter of 2016. ETR investors should be aware of an increase in hedge fund sentiment of late. There were 23 hedge funds in our database with ETR holdings at the end of the previous quarter. The level and the change in hedge fund popularity aren’t the only variables you need to analyze to decipher hedge funds’ perspectives. A stock may witness a boost in popularity but it may still be less popular than similarly priced stocks. That’s why at the end of this article we will examine companies such as DENTSPLY International Inc. (NASDAQ:XRAY), Henry Schein, Inc. (NASDAQ:HSIC), and Royal Caribbean Cruises Ltd. (NYSE:RCL) to gather more data points.

At the end of the third quarter, a total of 24 of the hedge funds tracked by Insider Monkey held long positions in this stock, a 4% boost from the previous quarter. Hedge fund ownership has remained relatively flat over the past two quarters, after witnessing more volatility in the 2 quarters prior to those. With hedge funds’ capital changing hands, there exists an “upper tier” of noteworthy hedge fund managers who were boosting their holdings considerably (or already accumulated large positions). 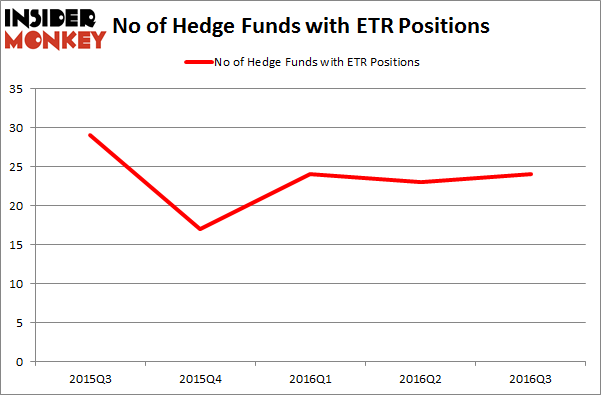