Is Carpenter Technology Corporation (NYSE:CRS) a healthy stock for your portfolio? The smart money is taking a bullish view. The number of long hedge fund positions increased by 1 recently.

If you’d ask most stock holders, hedge funds are perceived as worthless, outdated investment tools of the past. While there are more than 8000 funds with their doors open at the moment, we choose to focus on the upper echelon of this club, about 450 funds. It is widely believed that this group oversees the majority of the hedge fund industry’s total asset base, and by monitoring their highest performing stock picks, we have unearthed a few investment strategies that have historically beaten Mr. Market. Our small-cap hedge fund strategy beat the S&P 500 index by 18 percentage points per year for a decade in our back tests, and since we’ve began to sharing our picks with our subscribers at the end of August 2012, we have topped the S&P 500 index by 25 percentage points in 6.5 month (explore the details and some picks here).

Just as important, bullish insider trading activity is another way to parse down the investments you’re interested in. As the old adage goes: there are a number of stimuli for a bullish insider to cut shares of his or her company, but only one, very simple reason why they would initiate a purchase. Various academic studies have demonstrated the impressive potential of this tactic if investors understand what to do (learn more here).

With these “truths” under our belt, we’re going to take a look at the key action regarding Carpenter Technology Corporation (NYSE:CRS).

What have hedge funds been doing with Carpenter Technology Corporation (NYSE:CRS)?

At the end of the fourth quarter, a total of 18 of the hedge funds we track held long positions in this stock, a change of 6% from the third quarter. With hedge funds’ sentiment swirling, there exists a few noteworthy hedge fund managers who were increasing their stakes significantly.

Insider trading activity, especially when it’s bullish, is particularly usable when the primary stock in question has experienced transactions within the past six months. Over the last six-month time frame, Carpenter Technology Corporation (NYSE:CRS) has experienced 1 unique insiders purchasing, and 7 insider sales (see the details of insider trades here).

With the results shown by the aforementioned tactics, retail investors must always pay attention to hedge fund and insider trading sentiment, and Carpenter Technology Corporation (NYSE:CRS) is no exception. 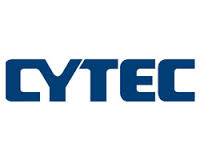 SolarWinds Inc (NYSE:SWI): Are Hedge Funds Right About This Stock?