In today’s marketplace, there are plenty of methods shareholders can use to track publicly traded companies. Two of the most underrated are hedge fund and insider trading activity. At Insider Monkey, our research analyses have shown that, historically, those who follow the top picks of the top money managers can trounce the market by a very impressive amount (see just how much).

Just as integral, bullish insider trading activity is another way to parse down the investments you’re interested in. As the old adage goes: there are a number of motivations for a corporate insider to get rid of shares of his or her company, but only one, very clear reason why they would behave bullishly. Plenty of empirical studies have demonstrated the market-beating potential of this tactic if you know where to look (learn more here).

Keeping this in mind, we’re going to take a peek at the recent action regarding SunCoke Energy, Inc (NYSE:SXC).

In preparation for this year, a total of 17 of the hedge funds we track held long positions in this stock, a change of -11% from one quarter earlier. With the smart money’s positions undergoing their usual ebb and flow, there exists an “upper tier” of noteworthy hedge fund managers who were upping their stakes substantially.

When looking at the hedgies we track, Kingstown Capital Management, managed by Michael Blitzer, holds the most valuable position in SunCoke Energy, Inc (NYSE:SXC). Kingstown Capital Management has a $25 million position in the stock, comprising 5% of its 13F portfolio. Coming in second is Jay Petschek and Steven Major of Corsair Capital Management, with a $13 million position; the fund has 2.2% of its 13F portfolio invested in the stock. Remaining peers with similar optimism include Clint Carlson’s Carlson Capital, Neil Chriss’s Hutchin Hill Capital and Edward A. Mule’s Silver Point Capital.

Because SunCoke Energy, Inc (NYSE:SXC) has witnessed bearish sentiment from the entirety of the hedge funds we track, it’s safe to say that there were a few money managers who were dropping their entire stakes heading into 2013. Interestingly, Anand Parekh’s Alyeska Investment Group said goodbye to the largest investment of the “upper crust” of funds we track, comprising about $1 million in stock.. Wayne Cooperman’s fund, Cobalt Capital Management, also dropped its stock, about $1 million worth. These moves are intriguing to say the least, as aggregate hedge fund interest dropped by 2 funds heading into 2013.

What have insiders been doing with SunCoke Energy, Inc (NYSE:SXC)?

Insider buying is particularly usable when the company in focus has experienced transactions within the past six months. Over the last six-month time period, SunCoke Energy, Inc (NYSE:SXC) has experienced zero unique insiders buying, and zero insider sales (see the details of insider trades here).

With the results shown by Insider Monkey’s tactics, retail investors must always pay attention to hedge fund and insider trading activity, and SunCoke Energy, Inc (NYSE:SXC) shareholders fit into this picture quite nicely. 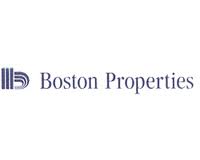 Bunge Ltd (NYSE:BG): Are Hedge Funds Right About This Stock?