Anheuser-Busch InBev NV (ADR) (NYSE:BUD) has experienced a decrease in support from the world’s most elite money managers of late. 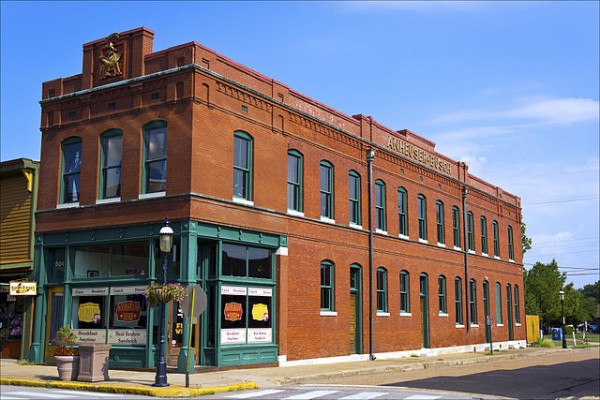 If you’d ask most traders, hedge funds are perceived as slow, old financial tools of yesteryear. While there are greater than 8000 funds trading at the moment, we at Insider Monkey hone in on the elite of this club, around 450 funds. It is estimated that this group oversees the lion’s share of the smart money’s total capital, and by watching their top stock picks, we have identified a few investment strategies that have historically outperformed the market. Our small-cap hedge fund strategy outperformed the S&P 500 index by 18 percentage points per annum for a decade in our back tests, and since we’ve started sharing our picks with our subscribers at the end of August 2012, we have outperformed the S&P 500 index by 25 percentage points in 6.5 month (explore the details and some picks here).

Equally as important, optimistic insider trading activity is another way to parse down the world of equities. Obviously, there are many reasons for an insider to cut shares of his or her company, but only one, very clear reason why they would initiate a purchase. Many empirical studies have demonstrated the impressive potential of this strategy if you understand what to do (learn more here).

What does the smart money think about Anheuser-Busch InBev NV (ADR) (NYSE:BUD)?

In preparation for this year, a total of 24 of the hedge funds we track held long positions in this stock, a change of -14% from one quarter earlier. With hedge funds’ capital changing hands, there exists a select group of key hedge fund managers who were boosting their holdings considerably.

According to our comprehensive database, Tom Russo’s Gardner Russo & Gardner had the most valuable position in Anheuser-Busch InBev NV (ADR) (NYSE:BUD), worth close to $348 million, accounting for 4.8% of its total 13F portfolio. On Gardner Russo & Gardner’s heels is Peter Rathjens, Bruce Clarke and John Campbell of Arrowstreet Capital, with a $195 million position; the fund has 1% of its 13F portfolio invested in the stock. Other hedgies with similar optimism include James Crichton and Adam Weiss’s Scout Capital Management, Lee Ainslie’s Maverick Capital and Robert Pohly’s Samlyn Capital.

Because Anheuser-Busch InBev NV (ADR) (NYSE:BUD) has experienced falling interest from the aggregate hedge fund industry, it’s safe to say that there is a sect of hedgies who were dropping their positions entirely in Q4. It’s worth mentioning that Robert Rodriguez and Steven Romick’s First Pacific Advisors LLC cut the largest stake of the “upper crust” of funds we track, valued at an estimated $213 million in stock.. Stephen Mandel’s fund, Lone Pine Capital, also cut its stock, about $61 million worth. These transactions are intriguing to say the least, as aggregate hedge fund interest dropped by 4 funds in Q4.

Insider purchases made by high-level executives is most useful when the primary stock in question has seen transactions within the past 180 days. Over the last half-year time frame, Anheuser-Busch InBev NV (ADR) (NYSE:BUD) has experienced zero unique insiders buying, and zero insider sales (see the details of insider trades here).