LONDON — It’s time to go shopping for shares again, but where to start? There are loads of great stocks to choose from, and I’ve got my wallet out. So should I buy G4S Plc. (LON:GFS)?

Olympics loser
To the public, G4S Plc. (LON:GFS) is a running joke. It was the biggest loser of last year’s London Olympics due to the security recruitment debacle. Being publicly condemned as “incompetent, amateurish and irresponsible” is a hard tag to shake off. The tabloids still love to unearth fresh examples of G4S Plc. (LON:GFS) security guard uselessness. Yet the G4S Plc. (LON:GFS) share price tells a different story: It is up 25% since November. Should I buy it? 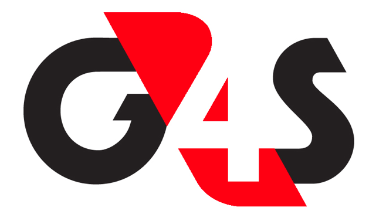 Group 4 Securicor was formed in 2004 when Securicor and Group 4 merged. It’s a massive operation with 657,000 employees in 125 countries, making it one of the world’s largest employers. The security of the nation is in its hands. But is it secure enough for your portfolio?

Play the Games
G4S Plc. (LON:GFS) has just published its preliminary results, and the instant market reaction was mild disappointment: As I write, the share price is down 2.9%. Yet it shrugged off its Olympic stumble to post a rise in 2012 revenue, with total turnover up a healthy 10.4% to 7.5 billion pounds, or 8.1%, excluding the Olympics. Organic growth, ex-Olympics, was 6.9%. PBITA profits, ex-Games, rose 6% to 516 million pounds. Adjusted earnings per share rose 3.4%, and the group increased its full-year dividend by 5% to 8.86 pence per share. Its Olympics blunder cost it 70 million pounds, plus another 18 million pounds in related costs. On the plus side, it generated 35 million pounds’ worth of savings through structural reorganization. Separately, G4S Plc. (LON:GFS) announced that chief financial officer Trevor Dighton will retire at the end of April.

CEO Nick Buckles praised the group’s solid organic turnover growth and margins, which both topped 7%, helped by new contract wins with U.S. companies and the U.K. government (the latter a triumph of hope over experience). Like many FTSE 100 companies, G4S Plc. (LON:GFS) is also growing strongly in developing markets, which now account for one-third of group revenue. Buckles also hailed the group’s broad customer base and the steady income stream from its 3.5 billion pound annual contract pipeline. Who’s laughing now?

Joking aside…
The market would have liked more, but the numbers don’t look too bad to me. I’m particularly impressed by its emerging-markets expansion. With the West halfway through its first “lost decade,” the growth has to come from somewhere. Recent share-price growth means the stock isn’t cheap, however, trading at 14.5 times earnings. Its dividend isn’t spectacular either, yielding 2.9% and covered 2.4 times (giving it scope for further hikes). EPS growth looks promising at a forecast 18% this year and 10% next year, and the stock trades at an undemanding PEG ratio of 0.7. G4S Plc. (LON:GFS) may remain a national joke, but investors can afford to see the funny side. If it were a little bit cheaper, that would really put a smile on my face.

The article Should I Buy G4S? originally appeared on Fool.com.

Harvey doesn’t own any company mentioned in this article. 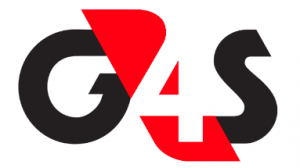