LONDON — Is Associated British Foods plc (LON:ABF) a food company for fashionistas or a fashion company for foodies? Sometimes it’s hard to tell, because Associated British Foods plc (LON:ABF) mixes and matches brands such as SilverSpoon, Jordans, and Twinings with cut-price fashion funsters Primark, which now delivers around one-third of its profits. Should I buy this funky fashion/food FTSE fave?

Last time I looked at Associated British Foods plc (LON:ABF), in September, I was impressed by Primark’s ability to grow strongly despite the gloomy outlook in its three main markets, the U.K., Ireland, and Spain. That’s its reward for keeping the kids cool in the meltdown. ABF’s food processing business was also looking tasty, with growth in European and African revenues sugaring a slowdown in China. I liked the company, but at 15 times earnings, I thought it was more of a hold than a buy.

Sugar, sugar
Which only shows you shouldn’t put too much faith in a single number. Primark went on to sport a stylish 24% sales growth in the six months to March, helped by lower cotton prices and favorable exchange rates. It was confident enough to open six new stores in Spain. Sugar is still ABF’s main business, producing nearly half of its revenues, and these rose 10% in the first half. In total, group profits leapt a whopping 26%, from 329 million pounds to 415 million pounds. Management hiked the interim dividend by 10% to 9.35 pence per share. Today, Associated British Foods plc (LON:ABF) trades at 20 times earnings. That number just bigger.

ABF, which is 55% owned by chief executive George Weston and family, has posted strong, steady growth over five years (116%), three years (76%) and 12 months (46%). Yet it has dipped over the last month, falling nearly 15% from its 52-week high of 20.31 pounds. Today, you can buy it for 17.38 pounds. Is that a buying opportunity? Associated British Foods plc (LON:ABF) certainly isn’t worth buying for the yield, which could be sweeter at 1.6%. Although with healthy 3.1 cover, and a progressive management attitude, that may improve. Earnings per share are on forecast growth of 11% to September 30 and 10% to 2014, which look healthy to me.

Cheap fashion, high price
Associated British Foods plc (LON:ABF) is a good, solid business with diversification across two markets that will never die: food and clothing. But I’m troubled by a note just issued by investment bank Nomura, which has downgraded this stock from neutral to reduce, and cut its target price from 18 pounds to 16.50 pounds, over fears that its sugar business and Primark could both struggle to sustain recent growth. It says ABF is too expensive, and that’s my worry. It takes a lot for me to buy a stock trading at 20 times earnings. Or am I still putting too much faith in a single figure?

The article Should I Buy Associated British Foods? originally appeared on Fool.com and is written by Harvey Jones. 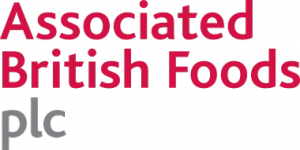 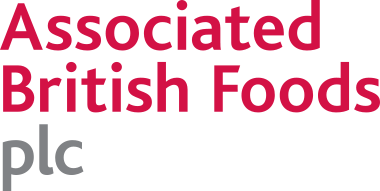