The past year has been fairly good for airline stocks, and Hawaiian Holdings, Inc. (NASDAQ:HA)‘ has been no exception. While the stock hit a rough patch in early 2013, it still has managed to rise from around $6 to $7 over the last 52 weeks. 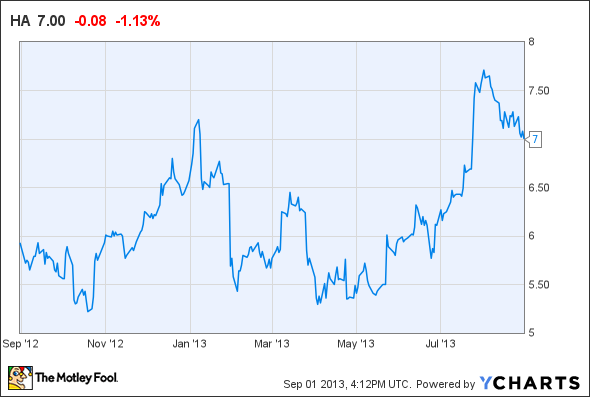 Despite this success, a growing contingent of short sellers are betting against the stock. As of mid-August, 22.5% of Hawaiian Holdings, Inc. (NASDAQ:HA)’s float — the number of shares held by non-insiders — had been sold short, and this number has been steadily increasing. These short sellers could be in for a lot of pain soon, as Hawaiian appears to be set up for solid earnings growth over the next 18 months.

Many investors have remained skeptical of airline stocks despite the sector’s resurgence since the Great Recession. As a result, it is not surprising that airline stocks often have a high short interest. (Short sellers are investors who bet that stocks will decline.) For Hawaiian Holdings, Inc. (NASDAQ:HA), this figure has bounced around between 5% and 10% for most of the last several years. 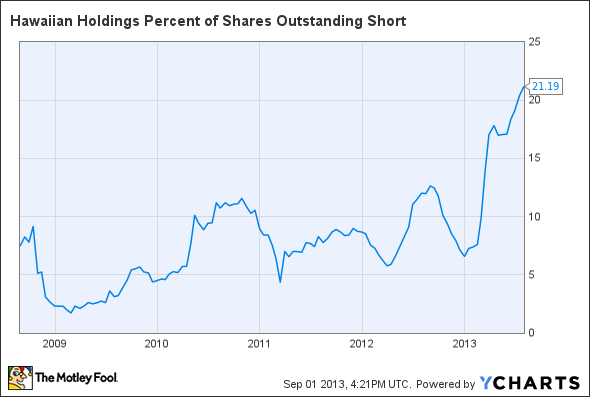 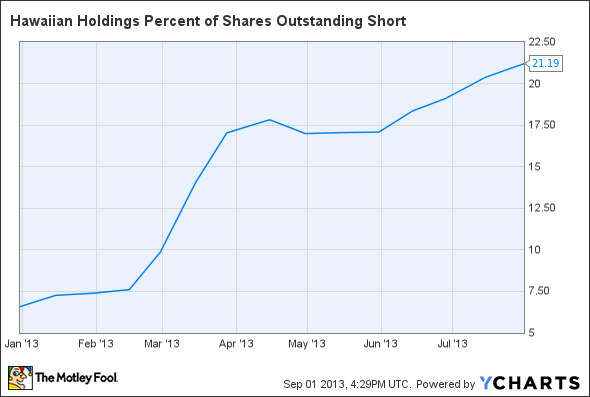 Short sellers are betting that Hawaiian Holdings, Inc. (NASDAQ:HA)’s stock will fall over the coming months and years. This is a very risky bet insofar as the company appears to be turning a corner. Hawaiian’s unit revenue has fallen for four consecutive quarters, but the midpoint of management’s Q3 unit revenue guidance calls for a return to growth.

Moreover, Hawaiian Holdings CEO Mark Dunkerley confirmed on the company’s July conference call that industry capacity between the U.S. mainland and Hawaii has begun to decline. This reduction in competition should lead to even stronger unit revenue growth — and a return to strong year-over-year profit growth — in Q4.