The story behind Ross Stores, Inc. (NASDAQ:ROST) remains compelling with themes of operational excellence and future profits for shrewd investors. The company raised both its 4Q and fiscal 2012 EPS estimates after delivering same-store sales growth of 4% in January, and management concomitantly issued a strong statement of confidence by initiating a new $1.1 billion stock repurchase program and 21% annual dividend hike to $0.68/share.

Sure, 4% in January same store sales growth may not appear a good read, particularly compared to the monthly data from a few other retailers such as The Gap Inc. (NYSE:GPS), Kohl’s Corporation (NYSE:KSS). and Stein Mart.

Both Kohl’s and Stein Mart, however, have suffered from choppy same store sales growth in recent years, mixing negative periods with positive ones. Kohl’s monthly growth in 2012 ranged from -5.6% (Nov) to 3.6% (Mar) over twelve months and included six each positive and negative periods. Stein Mart delivered a range of -3.9% (Jan) to 7.1% (Nov) and tallied eight positive months to four negative. That the company has achieved seven consecutive months of same store sales growth dating to July lends credence to the health of the off-price retailing space, but more on that in a bit.

Gap delivered solid sales growth nearly throughout 2012, with April (-2%) the lone exception, and those results perfectly mirrored a horrendous 2011 that featured April (8%) as the only positive month. The company’s recent improvement bears monitoring, particularly if its hot streak continues well into 2013.

Source: Ross Stores, Inc.
Meantime, however, Wall Street’s concerned that American consumers will ease their retail spending this year as take-home pay ebbs due to the Federal payroll tax increase. The sentiment may prove prescient as 2013 progresses, but given Ross Stores’s discount thrust it seems unlikely the company will feel the pinch as other retailers may. Value became a buzzword during the economic downturn when more consumers became attuned to the discounted brands offered by Ross Stores, The TJX Companies, Inc. (NYSE:TJX) and similar stores—shopping at which I believe has now become habitual for many consumers. A Polo Ralph Lauren shirt for $30? SOLD!

Consider that despite the 2013 income loss facing American consumers, Ross Stores received stock upgrades in January from Credit Suisse (neutral to outperform) and Deutsche Bank (neutral to buy), and RBC Capital ramped its price target on ROST shares to $67 from $65. And although TJX hasn’t received as much love from analysts over the past few weeks, its operational consistency is similar to Ross Stores and therefore bolsters the rosy outlook of the off-price retail category going forward. TJX hasn’t suffered negative same store monthly sales growth since at least January 2011 either. Its revenue and operating margin continue to improve, too, year after year.

Indeed, what will a ~2% loss of income for American consumers do to Ross Stores that the volatility of the past several years couldn’t? Given the company’s estimate of $2.761 billion in 4Q revenue and assuming a 9% increase in both 2012 cost of goods sold and SG&A expenses—a percentage that exceeds the 3-year CAGR for each metric—what remains is consistent sales and margin growth at Ross Stores.

Source: Ross Stores, Inc.
While it’s true Ross Stores won’t offer explosive growth, the company’s consistent operating prowess offers a very compelling story–and consumers have proven that value-based shopping remains compelling. I believe its shares are attractive at current levels much like the discounted clothing and other wares offered at its stores.

The article Shop for Profits With This Retailer originally appeared on Fool.com and is written by Chad Heiges.

Don’t Be Fooled by Strong January Sales at Kohl’s Corporation (... 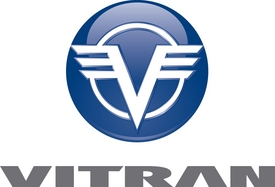 Can Michael Kors Holdings Ltd (KORS) Double in Price by the End of 2013?
Monthly Newsletter Strategy
Download a free copy of our newsletter and see the details inside!
Hedge Fund Resource Center
Billionaire Hedge Funds