In the financial world, there are tons of indicators shareholders can use to analyze publicly traded companies. A pair of the most innovative are hedge fund and insider trading activity. At Insider Monkey, our research analyses have shown that, historically, those who follow the top picks of the elite hedge fund managers can beat the broader indices by a very impressive margin (see just how much).

Just as key, positive insider trading sentiment is another way to break down the stock market universe. As the old adage goes: there are many incentives for an executive to get rid of shares of his or her company, but only one, very clear reason why they would buy. Plenty of academic studies have demonstrated the valuable potential of this method if piggybackers understand where to look (learn more here).

With all of this in mind, it’s important to take a peek at the key action regarding Shanda Games Limited(ADR) (NASDAQ:GAME).

What does the smart money think about Shanda Games Limited(ADR) (NASDAQ:GAME)?

At year’s end, a total of 5 of the hedge funds we track held long positions in this stock, a change of -29% from the previous quarter. With hedgies’ capital changing hands, there exists a few notable hedge fund managers who were increasing their holdings significantly.

According to our comprehensive database, Jim Simons’s Renaissance Technologies had the largest position in Shanda Games Limited(ADR) (NASDAQ:GAME), worth close to $3.5 million, accounting for less than 0.1%% of its total 13F portfolio. Sitting at the No. 2 spot is Israel Englander of Millennium Management, with a $0.9 million position; less than 0.1%% of its 13F portfolio is allocated to the company. Other peers that hold long positions include John Overdeck and David Siegel’s Two Sigma Advisors, Jeffrey Altman’s Owl Creek Asset Management and Ken Griffin’s Citadel Investment Group.

Judging by the fact that Shanda Games Limited(ADR) (NASDAQ:GAME) has experienced bearish sentiment from hedge fund managers, it’s safe to say that there lies a certain “tier” of money managers that elected to cut their full holdings heading into 2013. Intriguingly, James Dinan’s York Capital Management said goodbye to the biggest investment of the “upper crust” of funds we track, comprising close to $2.4 million in stock.. SAC Subsidiary’s fund, CR Intrinsic Investors, also dumped its stock, about $1 million worth. These moves are intriguing to say the least, as total hedge fund interest fell by 2 funds heading into 2013.

What have insiders been doing with Shanda Games Limited(ADR) (NASDAQ:GAME)?

Insider trading activity, especially when it’s bullish, is most useful when the company in question has seen transactions within the past 180 days. Over the last half-year time period, Shanda Games Limited(ADR) (NASDAQ:GAME) has seen zero unique insiders buying, and zero insider sales (see the details of insider trades here).

This Metric Says You Are Smart to Buy Evercore Partners Inc. (EVR): Financial... 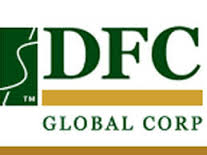