Share Tweet Email
Page 1 of 2
Next >>
See All
There is a major demographic shift going on in China right now. What was once primarily an agrarian society is quickly becoming an urbanized country, with millions of citizens moving into cities and taking advantage of amenities that many in the developed world take for granted.
As part of this shift, the number of Chinese Internet users is increasing dramatically. As a giant portion of the population begins using computers, tablets and cell phones, companies that provide applications are experiencing an increase in business.
Today, I want to take a look at three Chinese Internet companies that are benefiting from the rising number of Chinese Internet users. These companies represent strong investment opportunities as revenue and profit increase.

Population shift drives Internet usage
The Chinese economy has been in aggressive growth mode for quite a few years. As consumption increases in the developed world, China’s exporting economy has been strengthened by strong international demand.
But as developed economies have stumbled in recent years, China has had to deal with a deceleration in demand growth. Policymakers have become concerned by increasing domestic consumption within China, in order to reduce the country’s dependence on outside demand.
As part of this program, China has aggressively shifted its population from farms and rural homes to large cities. This New York Times piece exposes just how dramatically these policies have affected the culture and way of life for millions of Chinese citizens.
Naturally, as the population becomes more urbanized, the number of internet users continues to increase dramatically. The younger generation has widely embraced internet gaming as a past time.
Businesses in this industries are certainly competing for market share. But since the number of users are growing, there’s room for multiple companies to grow aggressively without harming competitors. These business models offers tremendous opportunities for growth.
An addicting business model
The business model that most Chinese online gaming companies use to grow their user base is very intriguing. To begin with, internet games are typically free to play, making the game accessible to a large body of potential customers. Keep in mind that most of these games are “massively multiplayer online role playing games” (MMORPGs), so users are playing with and against other gamers across the country.
In order to generate revenue, the gaming companies sell items within the games, such as premium weapons, special powers, clothing, trinkets etc. In some cases, these items are bought with game currency. This currency must initially be bought from the gaming company, but then acts as a real-life active currency within the game.
As more users join the game, a reliable portion of these gamers generate revenue. Considering the widespread popularity of these games, the business model can be quite lucrative.
Fun games, cheap stock
Shanda Games Limited(ADR) (NASDAQ:GAME) has been allocating resources to build out a mobile game business. In the first quarter, this new segment generated 10% of total revenues. The company recently launched a new game titled “Million Arthur” in Korea. The game was successful, and will now be introduced to Mainland China as well as Singapore this summer.
Shanda Games Limited(ADR) (NASDAQ:GAME) is also actively improving its traditional online games by adding new expansion packs. As game improvements are added, the company is able to extend the life of each game – keeping user’s interest and continuing to collect revenue.
Share Tweet Email
Page 1 of 2
Next >>
See All

SINA Corp (SINA): This Chinese Company Is Worth Your Attention 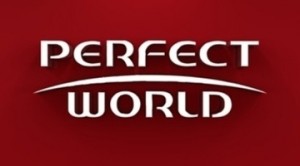 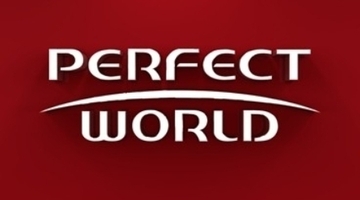