It’s certainly no secret that department stores are among the most troubled of all retail businesses, given their relatively large physical footprints, high operating costs, and disrupted business models courtesy of the Internet. Still, some are prospering through this difficult time by differentiating themselves. Jacksonville, Fla.-based Stein Mart, Inc. (NASDAQ:SMRT) is one of those that has found a way to make it despite strong industry headwinds. In the company’s recently released earnings, profits were up nearly 50%, which should have sent shares higher — instead they dropped. The reason was not to do with operating performance, but the announcement of an SEC investigation into the restatement of prior financial results, along with a change in auditors. Is this unfair punishment to an otherwise strong performer? 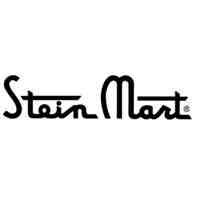 Strong earnings
Stein Mart, Inc. (NASDAQ:SMRT) earned $0.08 per share on $3.4 million in net income this past quarter, up from $0.05 per share in the year-ago quarter. Revenue rose roughly 4% to $291 million. Analysts were expecting roughly the same numbers.

On stores opened at least one year, a great metric for the viability of a chain’s stores, comparables rose 6.4% — a particularly juicy number for a time that Jim Cramer recently noted is the worst period he can remember for the retail industry.

For those who either are snowbirds themselves or have spent substantial time around the demographic (the author hails from Sarasota, Fla., home of the snowbird), it is not difficult to see why this is an exciting development.

Looking ahead
On an operating level, Stein Mart’s business looks very attractive. The company has yet to tap into the e-commerce world, where most retailers have found their growth lately. This leaves a long runway for the company to increase earnings, stores aside. Management has closed underperformers, and is expanding the chain to other states, including California and Colorado. The company has $48 million in cash and no debt on the books.

On a trailing basis, EV to EBITDA is 7.22, which makes it a reasonably valued stock with interesting growth potential.

The question with Stein Mart, Inc. (NASDAQ:SMRT) is the SEC investigation, of which we know little other than the aforementioned reasons for the case. Management has been mute on the subject, on advice of council. Though, with the strong current performance, and apparently no question as to the company’s balance sheet accounting (which is immaculate-looking), the investigation does not appear to threaten anything other than legal expenses.

Trading five points down, and possibly more in coming days, Stein Mart may be a briefly discounted stock with appealing upside potential.

The article SEC Aside, Stein Mart Looks Ready to Fly originally appeared on Fool.com and is written by Michael Lewis.

Why Barron’s Is Right on Big Lots, Inc. (BIG)