A popular drug that crosses a benchmark sale of $1 billion for the manufacturer is called a blockbuster drug. To create a blockbuster drug is a big achievement for any pharmaceutical company- both financially and operationally. In this article, I have discussed three drug manufacturers that are known for producing such drugs in the past. Let’s see what future blockbusters they have in their portfolios: 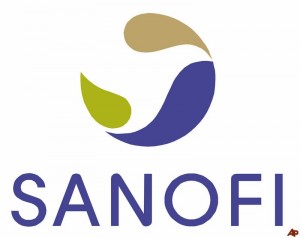 The guidance by the company for the EPS of fiscal 2013 was somewhat disappointing; the company expects a flat to possibly declining EPS of about 5% in 2013. The decline is expected because of the headwinds caused by a weak Euro and another half-year drag from the generic competition like Plavix, Avapro and Eloxatin. To me, this is more of a near-term rough patch in a long-term smooth road. And, to support this, recently the long-term unsecured rating of the company was upgraded by Moody’s Investors Service.

I see Genzyme, a wholly-owned subsidiary of Sanofi SA (ADR) (NYSE:SNY), as an important component of its growth platform for the future. I am particularly positive about the rare diseases segment of the company. The rare diseases space represents a pool of opportunities for the company as therapy is available for only 200 of the 6,000-7,000 rare diseases and currently this represents a market of about $10 billion. The market is expected to reach $18 billion by 2015 and Genzyme has the ability to demonstrate efficiency, safety, and gain repayment in orphan diseases. The sale of this segment should reach around $4 billion by the end of 2015.

Moreover, rare diseases drugs like Fabrazyme and Cerezyme should continue to grow in the future as well. Cerezyme, the star drug of the company, had already collected revenue of $811 million in the year 2012 and is expected to become a blockbuster drug by 2014. Fabrazyme’s sales grew by 67% in 2012 and should cumulatively collect $1.75 billion in the next three years.

The company’s inclination towards the rare diseases segment and blockbusters like Fabrazyme and Cerezyme strengthens the prospects for the future performance of the company.

Recently Novartis AG (ADR) (NYSE:NVS) filed a lawsuit against 13 generic manufacturers, who filed ANDAs against the company’s drugs – Zometa and Reclast. The lawsuit doesn’t trigger a stay on the full FDA approval, but requires generic manufacturers to launch their products at their own risk. This may curtail the overall launches of generic variants of both the drugs in 2013, which should provide an upside to the profitability of the company. Together the sales of Zometa and Reclast were $915 million in 2012. This stay helps the company maintain its market share for some additional time.

Apart from this, I also see ample opportunities in the chronic heart failure (CHF) drug market for the company. I feel so because there are 5.7 million patients with CHF in the U.S. and a further 6.5 million in the EU. There is a high probability that in five years the LCZ696, the company’s drug under testing for CHF, could very well become the standard of care for the disease. This drug could reach a peak sale of approximately $6 billion. The current ongoing PARADIGM-HF trial on about 8,000 patients is testing LCZ only on patients with impaired ejection fractions (LVEF ≤ 35%) and the report is due in April 2014. LCZ696 has the potential to become the first agent in over a decade to win the regulatory approval for improved outcomes in CHF patients with impaired ejection fraction HF.

This drug should have significant influence on the future cash flow of the company. I feel that LCZ696 could provide some meaningful upside to the stock in the future.