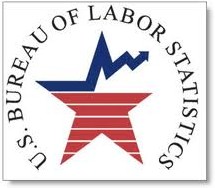 As Sandy began to hammer the east coast late last night, the U.S. Department of Labor has yet to make a decision when to release October’s jobs data. This report will be a key factor in the upcoming election, as the undecideds will look to the jobs report as a sign of how our economy has been performing which could sway them either for or against current President Barack Obama. This, of course, comes after the last jobs report where many speculated that the numbers were fudged in favor of Obama, as the unemployment rate saw its biggest dip in recent memory [for more economic news and analysis subscribe to our free newsletter].

Sandy has already closed markets and wreaked havoc on the financial world, and the delaying of this report would only cause further issues. “We will assess the situation when the weather emergency is over and notify the press and public of any changes at that time,” said Gary Steinberg, spokesman for the Bureau of Labor Statistics, the data arm of the department. The most concerning issue is the fact that Sandy is projected to move slowly through the east coast, with the tail end of the storm coming on Thursday. Heavy rains for four straight days could very well keep government offices closed for an extended period of time.

With the election one week from today, this data release will have a huge impact on the outcome. In all likelihood, the coming report will be a big win for Obama, as our flawed unemployment rate includes temporary hiring, meaning that all of the people who have gotten part-time jobs for the holidays will bring down the jobless rate. Unemployment currently sits at 7.8%, but a dip in those numbers could do wonders for all of those on-the-fence voters who have been waiting for some kind of sign of an improving economy [see also Schiff Refutes “Stellar” Jobs Numbers].

It seems very unlikely that the report would be postponed until after the election, but seeing as how many are speculating that Sandy has the potential to be a “superstorm” it cannot be entirely ruled out. Keep an eye out for statements from the BLS throughout the week, as they seem to be keeping the general population up to date with their plan of action.