SanDisk Corporation (SNDK): Be Prepared, This Stock Could Jump After Earnings

When flash memory company SanDisk Corporation (NASDAQ:SNDK) issued a cautious outlook in its last earnings release in January, I knew that there was more than advertised. SanDisk had decided to scale down NAND supply in an effort to support prices, and the move seems to have worked well so far. A better pricing environment has instilled confidence in the stock, which is evident from its year-to-date gain of around 35%. 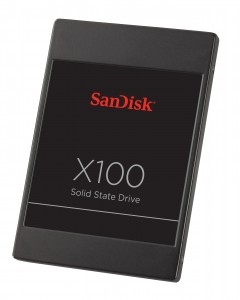 SanDisk Corporation (NASDAQ:SNDK) is up for yet another test this week when it reports first-quarter results on April 17. Let’s take a look at what is expected of SanDisk and whether or not it could continue its amazing run.

Analysts, according to Yahoo! Finance, expect SanDisk to post revenue of $1.3 billion, which would translate into a growth of almost 8% from the prior year period. I expect SanDisk to at least meet this mark since it is more or less in line with its own outlook that it had issued in January.

However, it won’t come as a surprise if SanDisk manages to trump estimates as well on the back of solid demand and improved pricing. According to IC Insights, average selling prices of NAND flash were 37% higher in January this year as compared to 2012. Moreover, sales of NAND flash were also higher as they grew almost 24% in the same period.

Thus, the stage is set for SanDisk Corporation (NASDAQ:SNDK) to beat analyst estimates on the top line.

Analysts expect SanDisk to earn $0.77 a share in the first quarter, higher than $0.63 per share in the year ago period. If we take a look at historical trends, SanDisk has trumped bottom line estimates handsomely in the past three quarters with an average positive surprise of 33.5%.

SanDisk Corporation (NASDAQ:SNDK) should at least meet estimates once again as the company has been controlling costs well, and a positive demand and pricing environment as mentioned above should help further. SanDisk’s gross margin had improved to 40% in the previous quarter from 31% in the one before. Strong sales of its high margin products should see SanDisk post yet another quarter of estimate beating results.

It won’t be wrong to expect an optimistic forecast from SanDisk as the company’s business has been on an upswing. NAND pricing has been better this year, as evident from Micron Technology, Inc. (NASDAQ:MU)’s results. Micron also expects better performance from its NAND segment going forward. It is counting on a 40% jump in smartphone shipments this year, which, when coupled with stable pricing, should lead to better results.

Moreover, Micron Technology, Inc. (NASDAQ:MU)’s solid-state drive (SSD) business has been on a roll, and so has been SanDisk’s. SanDisk’s SSD revenue tripled in the previous fiscal year, and continuation of this trend should take its top line higher. Also, SanDisk’s position in Apple Inc. (NASDAQ:AAPL)’s iPhone and the iPad mini is another positive which can’t be ignored.

SanDisk Corporation (NASDAQ:SNDK) had supplied embedded memory for both these devices. Both these products have sold in millions, with the iPhone 5 being the best selling smartphone globally in the final quarter of 2012. Similarly, solid sales of iPad mini have helped SanDisk’s top line and bottom line immensely, since embedded memory products carry a higher margin.