Is there no end to Samsung’s smartphone crusade? The latest numbers from IDC show Samsung took the top smartphone-shipping spot in Finland — leaving Nokia Corporation (ADR) (NYSE:NOK) in second place. 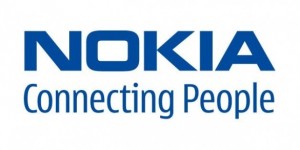 It seems that Nokia Corporation (ADR) (NYSE:NOK), at least for now, is being beat on its own turf.

Hit ’em where it hurts
Samsung has been on a smartphone rampage over the past few years. Most of its energy has been directed toward Apple Inc. (NASDAQ:AAPL), its chief competitor. Apple Inc. (NASDAQ:AAPL) currently holds the No. 3 spot in worldwide mobile market share, while Nokia Corporation (ADR) (NYSE:NOK) clings to No. 2, and Samsung takes the first spot. Though Nokia Corporation (ADR) (NYSE:NOK) holds the No. 2 place in market share, the company’s grip is quickly loosening as Apple and Samsung spread their smartphones across the globe.

That race has finally hit the birthplace of Nokia Corporation (ADR) (NYSE:NOK), and Samsung is now taking that country as well. Samsung shipped 211,000 devices this past quarter, while Nokia sold 196,000 smartphones and mobile devices. According to IDC, Nokia had 65% of the Finnish market in 2010, but now holds only 33.5%, while Samsung enjoys 36%.

It’s worth noting that Finland isn’t exactly a coveted mobile market. The significance of Samsung’s dominance there is a representation of the company’s growing authority around the world, even in markets with previously unchallenged mobile leadership.

A fading silver lining
Nokia just had a piece of good news earlier this month, when IDC reported that Windows Phone now holds the No. 3 smartphone OS position, behind Android and iOS. Nokia ships 79% of Windows Phones, so the consumer shift away from the BlackBerry OS to Windows Phones means the company is moving in the right direction with its Lumia line. But it still hasn’t been enough for Nokia.

Since Microsoft Corporation (NASDAQ:MSFT) and Nokia tag-teamed the mobile market, the Finnish company has shipped more than 20 million Windows Phones worldwide. But even as the relationship has helped Nokia transition into a growing smartphone player, Nokia now says it owes more to Microsoft Corporation (NASDAQ:MSFT) in royalty payments than the Redmond company pays in platform support payments. Nokia used to be on the receiving end of more cash than it was paying Microsoft, but that’s no longer the case.

Despite Nokia outpacing BlackBerry right now, the company has failed to regain the mobile dominance it once had. Samsung currently holds 23.6% of the worldwide mobile market share, Nokia comes in second with 14.8%, while Apple trails with 9%. But Nokia’s numbers are on the decline — it held 19.7% market share just last year and experienced a 24% year-over-year decline in sales this past quarter.

Nokia investors should take note of the company’s negative trends. Despite its relationship with Microsoft, Nokia’s Lumia phones haven’t proved to be a saving grace for the company. With Nokia’s declining worldwide mobile position — even in its own country — the company will need improved sales of its Lumia phones and solid sales of its new Asha line to turn the tide.

The article Samsung Tops Nokia, Even in Finland originally appeared on Fool.com.

Apple Inc. (AAPL): Is There Room for an iPad Grande?
Monthly Newsletter Strategy
Download a free copy of our newsletter and see the details inside!
Hedge Fund Resource Center
Billionaire Hedge Funds