Sam Ovens: Inside the Mind of a Serial Entrepreneur

Multimillionaire Sam ovens is a consultant and business management expert worth an estimated $65 million. Born and raised in New Zealand, this millennial quit college, and left his corporate job to begin a consulting operation from his parents’ garage. With nothing but big ideas and an entrepreneurial flair, Ovens grew his multi-million-dollar enterprise from $0 to a $10 million operation by the age of 26.

Ovens boasts an impressive resume, and his financial empire began with no outside investment capital. The name of his organization is Consulting.com, and the company now sports offices around the world, including New York City and Dublin, Ireland. Ovens commenced operations from humble beginnings, and now generates in excess of $100,000 daily through his consulting enterprise. At just 28 years old, Sam Ovens is on the Forbes lists for the 30 under 30 Asia – Industry Manufacturing & Energy entrepreneurs.

What Does Sam Ovens Do? 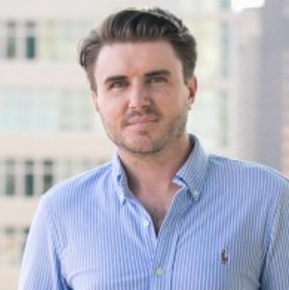 Sam Ovens helps to build consulting businesses. He attended the University of Auckland before dropping out, and now lives in the greater New York City area. As the CEO of Consulting.com, his e-Learning online platform assists people to develop their own successful consulting businesses. In just 5 years, Sam Ovens went from his parents’ garage to the Big Apple where he generated in excess of $20 million. As an internationally acclaimed consultant professional, he has successfully turned industries around and made them profitable operations. He uses his vast experience in business management, leadership and consulting to create tailored e-Learning platforms which other businesses can use to grow their own consulting operations. The wealth of success stories that have sprung from Sam Ovens’ ideas are notable.

Once he moved to Manhattan, he broke into the big leagues by generating $20 million in turnover. His programs with Consulting.com have already created 21 millionaires, and in 5 years Sam Ovens has also created 451 x 6-figure consultants. Thanks to Ovens’ unique training and methodology, scores of people worldwide have left behind their mundane lives and started their own consulting operations. Sam believes in the mantra, ‘Different is better, and conventional methodology leads to nothing but sameness.’ As a staunch proponent of ‘self-starting’, Sam Ovens has transformed the lives of everyone he comes across. His mission is to provide financial freedom and creative carte blanche to people who want to change their lives for the better.

Sam’s sterling resume spans a few years, but it is impressive in every way. As the CEO and founder of Consulting.com since 2013, he heads up a multi-million-dollar operation from Manhattan. Some 10,500 people have gotten a start from Ovens’ teachings and this figure is going to balloon in years to come. He quit his corporate job in 2012 and opened up Consultant & Protagonist of the Consulting Revolution with Ovens International. His online-based approach to marketing, retention and customer generation has helped him to carve out a niche for himself in the highly competitive e-commerce world.

He sold SnapInspect, a property inspection app for the property management industry and exited the industry in 2013. He used these funds to further his other operations. All the while, most of his profits were being generated from Consulting.com. Sam Ovens is a success because he connects with people on their turf – he has created a popular YouTube channel where he communicates his business ideas and motivates people with inspirational videos and a complement of real-life customer reviews.