SAIC, Inc. (SAI), The Boeing Company (BA), Caterpillar Inc. (CAT): How To Invest Like The World’s Most Expensive Hedge Fund

You probably already know that hedge funds have been dominating the financial news headlines recently.

I wish I could say the coverage of these unique investment vehicles has been positive, but the media has focused on the few bad actors in the hedge fund business and the sector’s overall lackluster returns. While there are bad apples in every business and solid due diligence should weed most of them out, it’s the lack of overall returns (or “alpha,” as market-beating returns are called in the business) that has most investors concerned.

A few funds have bucked the trend, delivering market-busting returns year after year. But they are usually difficult to gain access to, have high minimum investments and charge outrageous fees.

There are ways for average investors to follow the lead of these successful hedge funds without directly investing. Obviously, this isn’t an exact replication, but enough clues can be gleaned to help you gain alpha in your investing account.

The HFRX Global Hedge Fund Index is one metric used to track overall hedge fund performance. The index has turned in abysmal performance. Between 2003 and 2012, the index returned just 1.6% annualized return, a small fraction of the 7.1% returns of the S&P 500 over the same time. While things seem to be improving with the HFRX index returning 3.2% so far this year, when compared with the 13.8% returns of the S&P 500, things still look very weak in the hedge fund business.

So why do wealthy individuals continue to invest in hedge funds? The simple answer is that a few funds have posted outsize returns for years, which keeps the attraction level high. Clearly, everyone hopes their own fund will start to deliver outsize returns after they invest, but only a precious few have proven performance.

One fund that has consistently produced impressive returns is Jim Simon’s Renaissance Technologies, more commonly known as Rentech (not to be confused with the wood processing and fertilizer company of the same name). Simons is a self-described math nerd credited with several breakthrough theories in math and physics. In 1978, Simons decided to turn his formidable brainpower on the financial markets.

As you might imagine, Simon’s funds are not like what you’d expect from the typical Wall Street money management firm. He hires employees with scientific backgrounds rather than financial professionals. This breaking of the mold results in unique ideas and out-of-the-box thinking, which have made Rentech one of the world’s top-performing hedge funds.

Simon’s flagship fund, Medallion, requires a minimum investment of several million dollars and charges a 5% management fee and a jaw-dropping 44% performance fee. The fund is closed to new investment and has returned an astounding annual average net of 38% (remember, that’s after the high fees). Since its 1988 launch, the fund has lost money in only one year, 1989, which saw a drawdown of 4%.

As you likely guessed, Rentech specializes in quant funds that exploit market inefficiencies by using complex software. Not surprisingly, managers at the Medallion funds are former military software codebreaking specialists. With all this said, however, Rentech is still required to file quarterly 13F reports — and by studying the fund’s holdings, investors can gain insight. Here’s what I learned from Rentech’s first-quarter 13F report:

Rentech is extremely diversified with 3,244 total positions and a total value of just over $42 billion. The fund increased its holdings of these companies:

Rentech reduced its stake in the Bank of Ireland (ADR) (NYSE:IRE) and closed its positions in Caterpillar Inc. (NYSE:CAT) and Occidental Petroleum Corporation (NYSE:OXY) during the quarter.

The most compelling stock in Rentech’s 13F is cyber-security company SAIC, Inc. (NYSE:SAI). Considering the business it’s in, SAI seems like an excellent “business interest” fit for the rocket-scientist types at Rentech. SAIC, Inc. (NYSE:SAI)’s earnings are down due to government spending cuts, but the company has just landed a lucrative contract.

This Metric Told You To Sell Staples, Inc. (SPLS) Before The Crash. Did You... 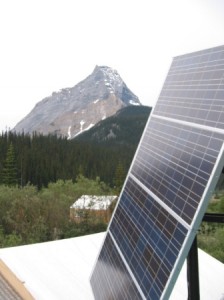 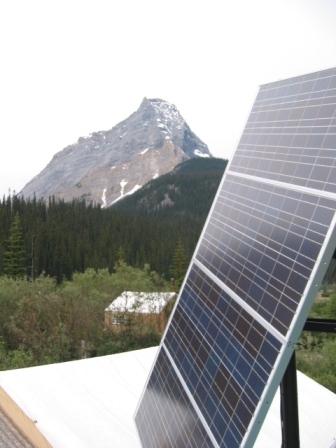 Energy for the Future