Sabal Capital Management is a fund led by William Charters and Mario Marcon, which revealed an equity portfolio worth $43.47 million in its 13F filing for the end of June. Even though Sabal’s portfolio is diversified across sectors, over a half of it was invested in technology stocks. In this article, we are going to discuss some of its top picks.

But before we get to that, we should also mention that Sabal Capital’s equity portfolio returned 18.37% in the third quarter, based on our analysis of its holdings in companies worth at least $1.0 billion. Even though we used the holdings as reported in the 13F filing for the end of June and didn’t take into account the possible changes during the quarter and excluded its other investments that are not revealed in the filing, we still can assess the fund’s investing skills.

In GameStop Corp. (NYSE:GME), Sabal boosted its stake by 370% to 159,991 shares worth $4.25 million during the second quarter. In the following three months, the stock returned 5.2% during the third quarter. At the end of the second quarter, a total of 29 of the hedge funds tracked by Insider Monkey were bullish on this stock, down by 9% from the first quarter. More specifically, Arrowstreet Capital was the largest chareholder of GameStop Corp. (NYSE:GME), with a stake worth $54.3 millions reported as of the end of June. Trailing Arrowstreet Capital was Stelliam Investment Management, which amassed a stake valued at $45.8 millions. AQR Capital Management, Citadel Investment Group, and Renaissance Technologies also held valuable positions in the company. 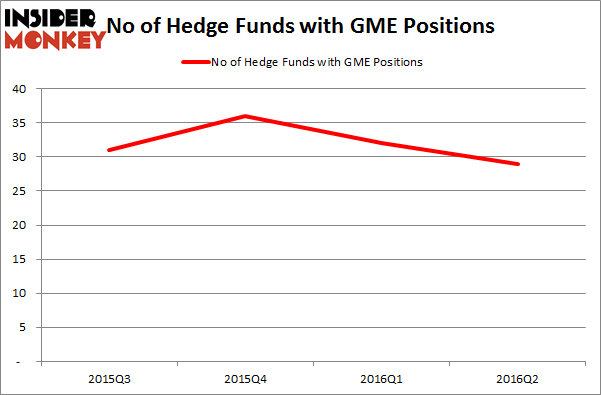 Next in line is Time Warner Inc (NYSE:TWX), in which Sabal held 50,283 shares, up by 38% on the quarter; the stake was valued at $3.70 million at the end of June. The stock returned 8.8% during the third quarter. At the end of the second quarter, a total of 63 of the hedge funds tracked by Insider Monkey were long this stock, down by five funds over the quarter. Among these funds, D. E. Shaw & Co. held the largest stake in Time Warner Inc (NYSE:TWX), worth $380.8 million. The second most bullish fund manager was David Einhorn of Greenlight Capital, with a $346.9 million position. Remaining peers with similar optimism included Daniel S. Och’s OZ Management, Mario Gabelli’s GAMCO Investors and Peter Adam Hochfelder’s Brahman Capital.