Most of us tend to think of the nearly two-year-old bloody uprising in Syria as being far removed from what is still the center of the world’s oil and gas production, and thereby of little importance to energy investments. We really need to think again.

Obviously, our media have been obsessed of late — and rightly so — with the killer tornadoes that have smashed into Oklahoma and Texas, along with the trio of controversies facing the Obama administration. What’s been left under-covered in the process, however, are the steadily escalating seriousness of the Syrian conflict, including Russia’s heightened presence there, and a dangerous ramp-up of sectarian violence in Iraq. 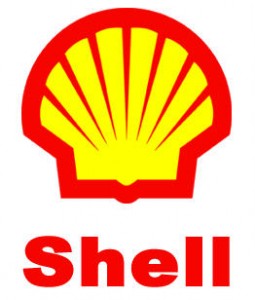 Since Royal Dutch Shell plc (ADR) (NYSE:RDS.A), previously the largest producer in Syria, left the country in December 2011 amid a European Union embargo, there’s been no real Western energy presence in the nation, which has historically produced a relatively small amount of crude. In Iraq, however, BP plc (ADR) (NYSE:BP) is heading a consortium that’s renovating the giant Rumaila field, while Italy’s Eni SpA (ADR) (NYSE:E) is at work on the Zubair field, to name just two of the many operators toiling there. Also, services providers such as Halliburton Company (NYSE:HAL) and Baker Hughes Incorporated (NYSE:BHI) are hard at work assisting producers in all the fields now receiving attention.

But escalating internecine battles just might compromise those efforts. And beyond that, a relatively lengthy border with Syria could result in a spillover of the latter country’s civil war — in which more than 70,000 reportedly have died — into already unstable Iraq.

Take a look at a map of the Middle East. You’ll note that war-torn Syria snuggles up on various sides to Turkey, Jordan, Lebanon, and equally war-torn Iraq. Egypt and Saudi Arabia are each just a brief camel ride away. Hundreds of thousands of Syrian refugees have escaped their nations by pouring across the borders with Turkey and Jordan.

On Syria’s western, or Mediterranean, coast sits the city of Tartus, which happens to include a small Russian naval base, the only such facility outside the former Soviet Union. In part for that reason, and without much fanfare from U.S. scribes, Russia has recently sent about a dozen warships to the area near its base. The big country is a firm backer of the regime of Syrian President Bashar al-Assad.

In addition to its newly deployed fleet, Russia is reportedly just now delivering S-300 surface-to-air defense systems to Assad and his minions. The systems are capable of intercepting guided missiles. As The Wall Street Journal noted earlier this month, having them in Syria’s possession could make it more difficult for the U.S. or Israel to intervene in Syrian airspace. Also, much of Israel’s concern about the systems relates to the possibility that they could fall into Hezbollah’s hands if the Assad government collapses.

Hezbollah’s primary backer is Iran. It’s therefore worth noting that, while Assad is a member of the Alawite branch of Shia Islam, most of his countrymen are Sunnis. In a world in which the vast majority of Muslims are Sunnis, both Iran and Iraq are populated by a majority of Shiites.