RiverPark opened a new position in Northrop Grumman Corporation (NYSE:NOC) during the fourth quarter of 2017. In its Long/Short Opportunity Fund Q4 Investor Letter, the fund noted that Northrop Grumman is “well positioned to benefit from U.S. defense budget growth.” President Donald Trump’s 2019 budget request includes $686 billion for defense spending – obviously NOC is among the top companies that could get a massive benefit from the military spending. In this article, we’ll take a look at Northrop Grumman’s performance and RiverPark’s investment thesis about the company.

Here is what RiverPark said about Northrop Grumman:

Finally, we also established a small position in Northrop Grumman, one of the largest aerospace and defense contractors in the U.S. With about 85% of its $25 billion in revenue from the U.S. government, the company is well positioned to benefit from U.S. defense budget growth, historically 5-6% per year.

With about 20% of its revenue coming from aircraft programs, such as the B-21, E-2D, and the F-35, which are growing at more than 20% per year, we believe the company could grow at a significantly higher rate than overall defense budget growth over the next several years.

We expect the company’s growth will be further enhanced by the recently announced acquisition of Orbital-ATK, a leading niche developer of advance weapons and space systems. This acquisition improves the combined company’s position in the faster growing military aerospace and missile defense industry and fills a gap in Northrop Grumman’s offerings in satellites and space systems. Additionally, Northrop Grumman is one of only two large defense companies bidding for the $100 billion Ground-Based Strategic Deterrent intercontinental ballistic missile weapon system program (GBSD), expected to be awarded in 2019. With Orbital positioned as the bidding subcontractor to both teams (for about 20% of the program), we believe the odds of Northrop Grumman winning the GBSD program have increased.

The street expects mid-to-high single-digit revenue growth for the company, relatively in-line with budget growth. Due to its faster-growing program exposure, plus the potential win of the GBSD program, we believe the company can comfortably exceed that growth rate. Margin expansion from increased scale can drive double-digit operating income growth; strategic acquisitions, debt pay down and continued share buybacks from $2 billion per year of free cash flow should lead to even greater EPS growth. 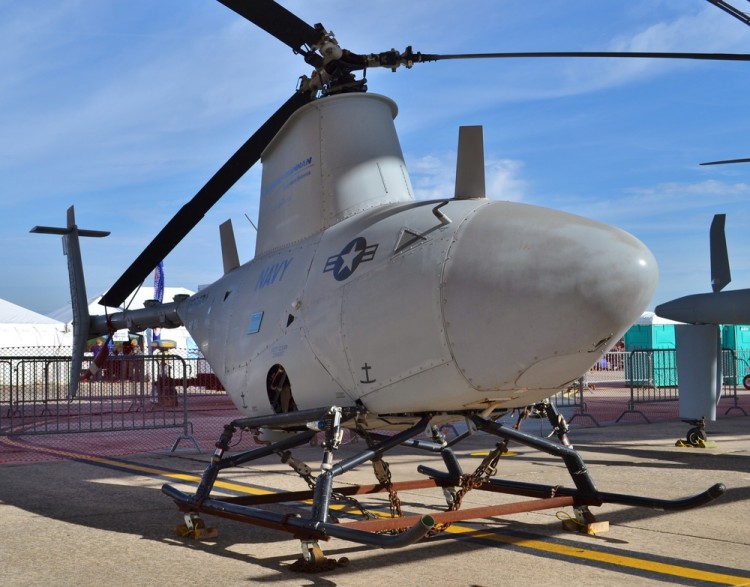 Northrop Grumman Corporation (NYSE:NOC) is a $62-billion market cap aerospace and defense technology company that manufactures various military equipment in autonomous, cyber, C4ISR, strike, and logistics areas. The company generated a total revenue of $25.8 in 2017, $24.5 billion in 2016, and $23.5 billion in 2015.

Last week, Northrop Grumman announced that its proposed-acquisition of Orbital ATK (NYSE:OA) was approved by the European Commission. In September of the last year, Northrop Grumman announced a deal to acquire Orbital ATK for about $7.8 billion in cash. Orbital is a maker of aerospace and defense technologies. The acquisition, which is expected to close in the first half of 2018, is being reviewing by the U.S. Federal Trade Commission’s review of the acquisition.

Shares of Northrop Grumman are up around 16% since the start of the year. Over the past 12 months, the stock has gained 46.15%. NOC has a consensus average rating of ‘Overweight’ and a consensus price target of $353.67 on the stock, which was closed at $356 on Friday.

Meanwhile, Northrop Grumman Corporation (NYSE:NOC) is also favorite stock among the hedge funds tracked by Insider Monkey. As of the end of the third quarter of 2017, there were 36 hedge funds in our database that hold shares of the company.