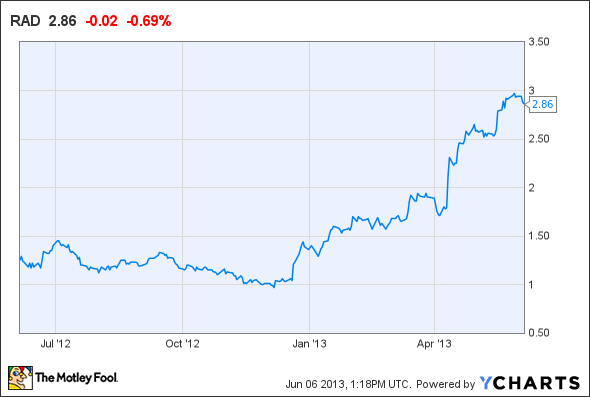 Over the past several months, it has become increasingly clear that Walgreen Company (NYSE:WAG) — Rite Aid Corporation (NYSE:RAD)’s largest competitor — is winning back the market share it lost last year during its dispute with Express Scripts Holding Company (NASDAQ:ESRX). The two drugstore chains reported monthly sales for May this week, and the results confirmed this underlying trend. Walgreen is continuing to bolster its position as the leading drugstore chain in America. Rite Aid Corporation (NYSE:RAD), by contrast, looks to be sliding back into its loss-making ways.

However, Walgreen Company (NYSE:WAG) has been working hard to regain customers since reaching a new agreement with Express Scripts Holding Company (NASDAQ:ESRX), which went into effect last September. It took a while to build momentum, because once somebody switches drugstores, it can be a headache to switch back. However, in the past few months, Walgreen’s efforts have really paid off.