Research In Motion Ltd (NASDAQ:BBRY) BlackBerry, is questionably one of the most debated stocks in the market. From the top executive being driven in a Rolls Royce in Wall Street to the small business owner in Main Street, the BlackBerry argument has managed to capture a compelling number. In all of this, bears and bulls have been divided in a fashion reminiscent of the infamous Berlin Wall. The raging war between these two extremes has raised concerns that there is more to fight for in Research In Motion Ltd (NASDAQ:BBRY) BlackBerry; not just some chic black handset, but money — big money. 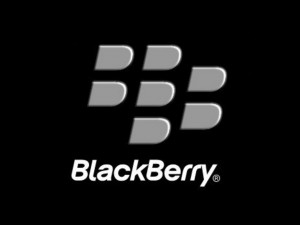 Over the past year, it has come out that the short interest in Research In Motion Ltd (NASDAQ:BBRY) BlackBerry has increased faster than a coalition of famished cheetahs hunting on the African Savannah. Reports relating to late April show that around 100 million shares were added short in the last 12 months; 40 million of which were added this year alone. Currently, around 164.69 million shares are shorted. This represents 33.3% of the total float; a tremendously huge number when compared to Apple Inc. (NASDAQ:AAPL)’s short interest which comes in at a paltry 2.4% of the total float.

Shorts want the share price to take a dive; something that has not happened as of yet. If anything, Research In Motion Ltd (NASDAQ:BBRY) BlackBerry’s stock has gained 25% this year, surpassing the 14% gain of the S&P. The tremendous short interest in BlackBerry explains all the suspect reports; most recently by Pacific Crest.

In an early May report, Pacific Crest advanced a bearish case on Research In Motion Ltd (NASDAQ:BBRY) BlackBerry, citing lower-than-expected sales moving forward. The key highlight in the report was, however, not the lower than expected sales, but rather the expected production cutbacks. As a result of the report, BlackBerry’s share price dropped notably.

After the bearish report, research firm Jefferies went ahead to publish a counter report. Jefferies’ Peter Misek argued that there was no evidence supporting the bearish case on BlackBerry. After conducting retail checks in the U.K and Canada, Misek affirmed that demand for both the Q10 and Z10 was high. He further added that the only possible cuts would be for the BlackBerry 7, which in turn could help margins.

This evident tag of war between the two research firms opened up a flurry of debate on multiple investment platforms. In each argument, however, the common thread that cut was the presence of overbearing short interest in Research In Motion Ltd (NASDAQ:BBRY).

BlackBerry’s slow progress in the U.S. has been overdone. Some have even cast doom on BlackBerry, saying that Nokia Corporation (ADR) (NYSE:NOK), its fellow turnaround player, is making more progress in the U.S. Kantar World Panel argues that Windows Phone penetration in the U.S. outpaced Research In Motion Ltd (NASDAQ:BBRY). As noted in an article (here), BlackBerry’s U.S market share in the quarter ended March came in at a paltry 0.9% compared the Windows Phone’s (which is essentially Nokia) 5.6%. Nokia Corporation (ADR) (NYSE:NOK)’s Windows Phone commanded 3.2% of the U.S. smartphone market in January 2013, signaling a huge gain in just two months.