Research In Motion Ltd (BBRY): Is Samsung the Next BlackBerry? 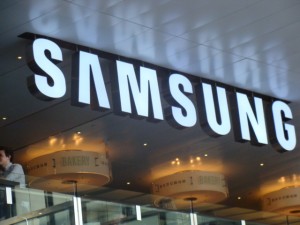 Shortly after the debut, Samsung announced that it’s appointing two new CEOs. That’s right, two. That’s in addition to the existing CEO. Samsung now has a total of three CEOs: Oh-Hyun Kwon, Boo-keun Yoon, and J.K. Shin. Kwon was the existing CEO and will continue to serve as chairman of the board as well.

Yoon has been head of the TV business and is noted as solidifying Samsung’s position in the TV market. Shin has been in charge of Samsung’s mobile business, which is now one of the biggest generators of Samsung’s operating income thanks to the popularity of its Galaxy line of smartphones. Both new co-CEOs will continue leading those respective businesses, but the new structure is intended to “clarify and enhance” management.

Having two individuals serve in two highly important capacities probably contributed to Research In Motion Ltd’s strategic paralysis in the face of dramatically intensifying competition. Rivals rose to prominence as Research In Motion Ltd. stagnated, and it didn’t help that management lacked clear direction, potentially because Balsillie and Lazaridis had to consult each other on just about everything. It wouldn’t be until January 2012 that the company would name Thorsten Heins as a single new CEO, after years upon years of investor criticism.

This is potentially a risk that Samsung will now face, if having three CEOs leads to indecision in key strategic areas. One big difference is that Samsung is one of the largest electronics conglomerates known to man, with countless operating divisions. An organization of that size may have room for everyone, while Research In Motion Ltd (NASDAQ:BBRY)’s singular smartphone business suffered from the co-CEO/co-chairman structure.

Sometimes, three heads may not be better than one.

The article Is Samsung the Next BlackBerry? originally appeared on Fool.com.

Fool contributor Evan Niu, CFA, and The Motley Fool have no position in any of the stocks mentioned.

Can Research In Motion Ltd (BBRY) Rise Like the Phoenix With the Z10? –...