In spite of record top line and bottom line numbers, Apple Inc. (NASDAQ:AAPL) seems to be trading at a huge discount to its true intrinsic value. In order for Apple to grow at a rapid pace the company needs to unveil products that will pave the way for newer revenue trajectories, in addition to existing ones.

Apple still faces a lot of product life-cycle risk as most of its regular users, often possess multiple devices from the company. There are a few big growth opportunities available for Apple going forward.

1. China and the Emerging World

One of the major growth drivers for the company lies in the ability to further tap into some of the emerging markets, with China leading the way. The purchasing power of most consumers are lower on a relative basis, along with the reluctance of many carriers to subsidize phones. Apple faces a problem it doesn’t face in many developed countries. 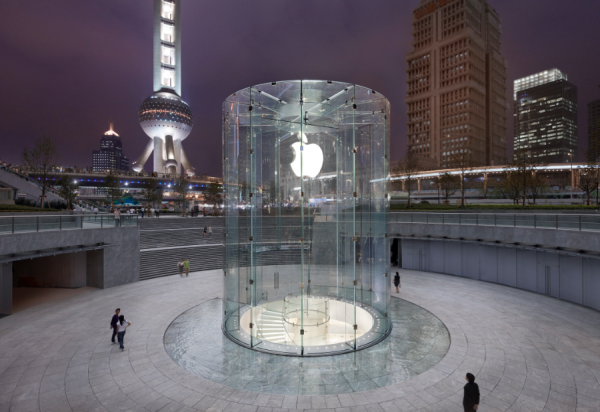 The company might be able to persuade a handful of carriers in some markets to subsidize the price of these phones in some countries. But almost certainly, most carriers in growing markets will not entertain such arrangements.

As a result, Apple should address this situation with lower priced iPhones and iPads in these countries. It doesn’t have to be the most recent released ones, but more entry level devices.

The company’s margins will shrink due to such measures, but its top line and bottom line will grow substantially as a whole. In its most recent quarter, revenues from Greater China made up only 12.5% of total revenues; this can grow substantially from current levels, if it introduces lower-priced phones.

While Apple and Android-based devices primarily Samsung have been eating away the consumer market rapidly, Research In Motion Ltd (NASDAQ:BBRY) still remains the preferred choice for much of the business world. With the strongest security and user control, BlackBerry is largely the choice of businesses, when handing out phones to their employees.

Enterprises are a lot more concerned about their data and information security, and a lot less concerned about the individual’s inclination to play Angry Birds. BlackBerry has lost some subscribers recently, but almost certainly a majority is from the consumer side, and not from enterprises.

With BB 10, and launch of the new Z10, BlackBerry will likely maintain its grip on the enterprise solutions market tightly. And possibly with stronger network security compared to current levels, Apple can be a stronger force in the enterprise solutions market. However, Apple has to introduce products that have a keypad, along with stronger network security for getting a bigger chunk from Enterprise customers.

The company’s CEO Tim Cook still thinks that Apple has the ability to growth and boost its sales of iPhones and iPads, and rightly so. However, with the rapid pace of innovation in the IT Hardware sector, the company needs to launch newer products.

Apple is widely speculated to unveil a Television set, but hasn’t given any details. Also the iWatch, the utility of which is largely questionable, as consumers especially the younger generation largely do not wear watches at all.

However, Apple can still roll out major consumer-centric products with the huge amount of consumer data it has in its artillery. Its ability to integrate software and hardware with services along with a lot of cash, gives it a lot of flexibility for the introduction of completely new product lines.

Bonus Biotech Stock Pick: You can also find a detailed bonus biotech stock pick that we expect to return more than 50% within 12 months.
We may use your email to send marketing emails about our services. Click here to read our privacy policy.
Related Insider Monkey Articles
Research In Motion Ltd (BBRY), NASDAQComposite (.IXIC), Dow Jones Industrial...Apple Inc. (AAPL): When Will It Boost Its Dividend? Soon.Research In Motion Ltd (BBRY): Apple Inc. (AAPL) Bulls Aren’t Going to...

Research In Motion Ltd (BBRY): This ‘Commercial’ Will Make You...