Research In Motion Ltd (NASDAQ:BBRY) investors got had. After nearly two months of waiting since the BlackBerry 10 launch event, the ballyhooed Z10 smartphone finally became available to stateside buyers on Friday, and shares tumbled nearly 8% on the day.

Were people “selling on the news”? Were they reacting to the lack of lines for the new handset? Is this just the inevitable beginning of the end of BlackBerry? Whatever the case, things won’t get any prettier, folks.

My question to BlackBerry bulls is simple: How bearable was that line when you bought the Z10 this weekend? 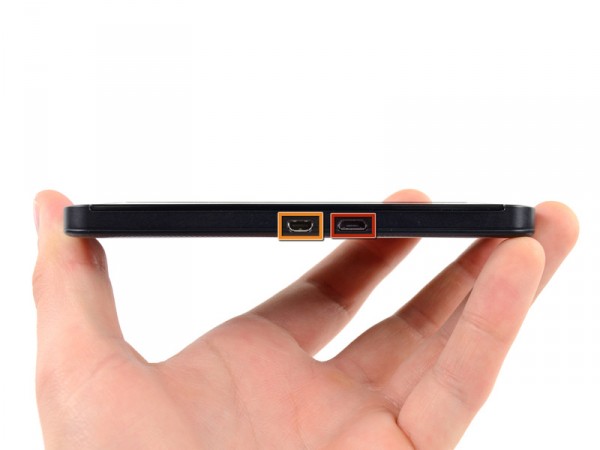 What’s that? You didn’t get one?

I thought so. I’m guessing that a lot of BlackBerry longs aren’t even the CrackBerry addicts we used to hear so much about. They’re buying into the nostalgia and brand, if they’re buying at all. They’re speculating on a turnaround story. But that turnaround story will be an uphill battle.

They have to know they’re making a bad bet. Sure, the potential upside is ridiculous if BlackBerry’s Z10 and Q10 smartphones, and the new BlackBerry 10 mobile operating system, can restore the company to relevance. But you could say the same thing about a lottery ticket.

The long road back
The days of BlackBerry as a dominant force are gone. The bulls may argue that with the smartphone market exploding in popularity, capturing even a sliver of that market today could be worth more than dominating the market five years ago.

But as our appetite for smartphones has grown, check out Research In Motion Ltd (NASDAQ:BBRY)’s shipments in recent quarters. The sequential declines have been sharp and consistent.

One can argue that this trend bodes well for the BlackBerry reboot. If just 33.2 million of its 79 million users have bought new devices over the past four quarters, the demand for an upgrade this weekend should be huge.

It won’t be. You know it. Research In Motion Ltd (NASDAQ:BBRY) knows it. The frenzied rally that saw BlackBerry shares nearly triple between this past summer and the January peak just ahead of the BB10 launch event was unsustainable.

Even the successful companies get pinched. Don’t take it from me. Take it from Apple Inc. (NASDAQ:AAPL).

Even the good die young
Apple shares peaked at $705.07 last year — on the morning the iPhone 5 hit retailers, no less. Since then, the company has shed $230 billion in market cap.

Yes, even the mighty Apple falls victim to the “sell on the news” adage, and the results have been brutal. Shares have lost more than 34% of their value, even though the iPhone 5 sold a record number of units during the holiday quarter.

Apple cleared 47.8 million iPhones this past quarter — more than BlackBerry shipments during the five previous quarters combined — and it still wasn’t enough to please the market. Android sold far more.

Perhaps more importantly, Apple made far less per iPhone than it has in the past. Revenue per phone slipped as consumers gravitated to the older models that Apple sells at a discount. Margins took a hit, and they will continue to come in lower in the near term.

So why would things play out any differently for Research In Motion Ltd (NASDAQ:BBRY)? Even selling as many smartphones as it did when it peaked during the 2010 holiday shopping season with 14.9 million shipments wouldn’t be enough. Consumers expect more modest markups in the hardware, and wireless carriers are tiring of the chunky subsidies.

The market dynamics of 2013 and beyond aren’t as kind for a closed ecosystem as they were years earlier, so even if BlackBerry has a hit on its hands, things won’t be the same.

And let’s be fair — it probably won’t have a hit on its hands.

Reality check
When Research In Motion Ltd (NASDAQ:BBRY) checks in with its latest quarterly results on Thursday, it won’t be a pretty sight. Wall Street’s holding out for a fourth consecutive quarterly loss on a sharp drop in revenue.

The bulls will naturally look beyond that news. Yes, the arrival of BB10 devices will provide a spark, but will it be enough?

It’s a jungle out there. Microsoft Corporation (NASDAQ:MSFT) is paying Nokia Corporation (ADR) (NYSE:NOK) billions to back Windows Phone because it knows it needs a prolific hardware partner to go up against the demand for open-source Android platforms. It’s also paying Pandora Media Inc (NYSE:P) to put out a music-streaming app for Windows Phone users and then give those smartphone owners access to ad-free streams for the balance of the year. At some point this year, there will be more active users of Pandora in this country than there are BlackBerry users worldwide.

What chance does BlackBerry have if Microsoft is handing out blank checks to settle for a distant third-place finish?

BlackBerry began December with $2.9 billion in cash. That’s good, but it won’t be enough, given that developer support outside Android and iOS is something that needs to be negotiated. Without access to Apple and Android’s hundreds of thousands of popular applications — or even the handful of most desirable ones — BlackBerry’s Z10 will be toast to consumers. The enterprise market that used to demand BlackBerry will be a somewhat easier sell, but it, too, has largely caved in to the people’s choice.

Research In Motion Ltd (NASDAQ:BBRY) is in a tough spot. Shareholders holding out for a miracle will be in an even tougher one.

I may have nailed the top a day before shares of BlackBerry peaked two months ago. Do you want to ignore me again?

The article BlackBerry: It’s All Downhill From Here originally appeared on Fool.com and is written by Rick Munarriz.

Longtime Fool contributor Rick Munarriz has no position in any stocks mentioned. The Motley Fool recommends Apple and owns shares of Apple and Microsoft.